An  organ built by William Charlton Blackett for the Dominican Priory of St. Albert the Great, on Kennedy Road in Mid-Levels. The Dominicans had called their property ‘Rosaryhill’, and after the Priory was torn down in the late 1950s the present Rosaryhill School was built on the site.

The specs of Blackett’s original installation have not been recovered. However, this organ still exists in a rebuilt form. It was dismantled in 1959 by Br. Gregorio Hontomin (1909-82), and moved to Manila to the Church of Santo Domingo, Quezon City. It was renovated and enlarged with digital voices by Diego Cera Organ Builders in 2012 (http://www.diegocera.com/Diego_Cera_Organbuilders/Welcome.html). The present specs can be seen at: http://beta.orgph.com/organs/santo-domingo 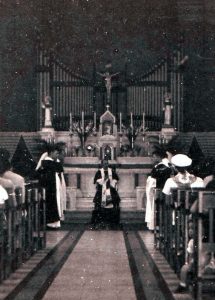 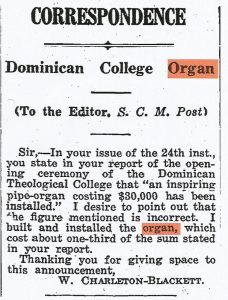 Typically combative letter from Blackett to the South China Morning Post. Note misspelling (?) of his name. 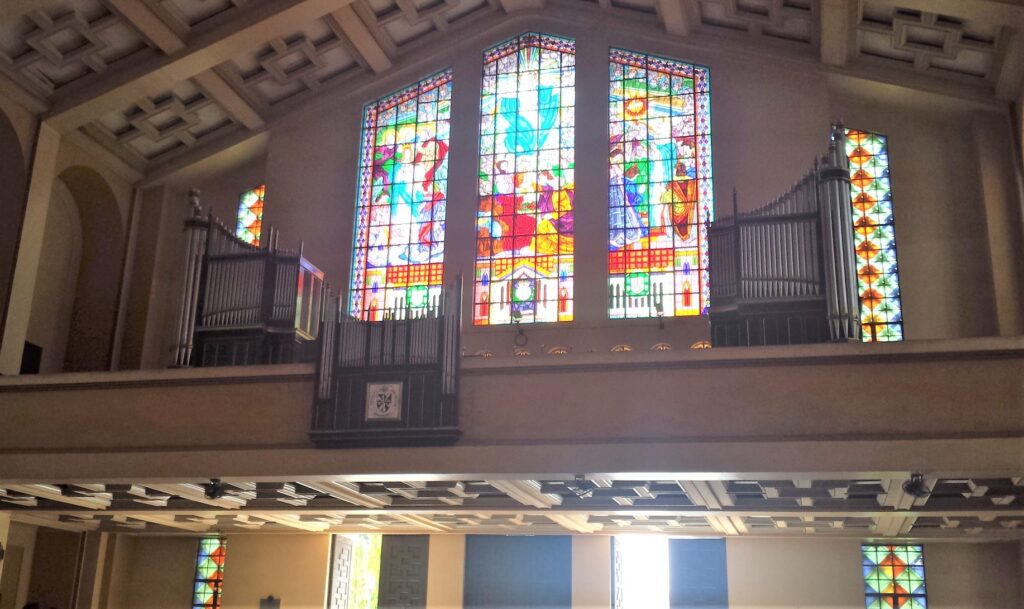 HKG1935 in Santo Domingo, Quezon City, Manila, 2015. The case was divided in the 1959 move. The new ‘Rueckpositiv’ is a dummy division (all its stops are digital). The new console by Diego Cera Organ Builders is behind the Rueckpositiv.