MKD2009 is a two-manual and pedal tracker organ presently installed in the lobby of the No. 2 Building of the Shenyang Conservatory’s southern campus.

This instrument arrived there in 2009, having been in storage for approximately six years. This pipe organ was originally built in 2001 for a failed property development/theme park on the outskirts of Shenyang called ‘Holland Village’. But the grandiose scheme was plagued from the start (1999) with problems. It was abandoned in 2003, and finally demolished in 2009. The organ was subsequently salvaged for the Conservatory.

An interesting article on the Holland Village fiasco may be found here: https://blogs.wsj.com/chinarealtime/2009/04/07/goodbye-holland-village-a-development-mired-in-corruption-goes-down/ 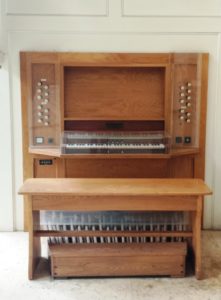 MKD2009, console (attached to right side of case.) 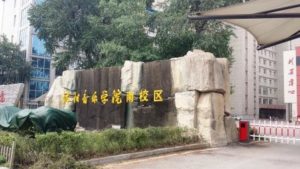