The great music encylopedist and conductor Nicholas Slonimsky (1894-1995) once said that “it is the goal of every musicologist to become a footnote.” On page 340 of Keys to the Kingdom just such a footnote appears, and is dedicated to mentioning Alois Strassl, an Austrian organist, conductor, and editor, who worked in Nanjing between 1932 and 1938. No comments or records relating to Strassl as an organist during his China years have yet been found. This is why he is not mentioned in the main text (and there is no entry for him in the Index – one of the Project’s ‘rainy day’ desiderata is the creation of an improved Index for the book.)

In May, Project Founder Prof. David Francis Urrows travelled to Austria, where he met with his colleague and friend, Prof. Gerold Gruber of the University of Music and Performing Arts, Vienna. Prof. Gruber is the director of Exil-Arte: The Center for Banned Music, a scholarly organization founded in 2016 (www.exilarte.at) In the course of discussion, Strassl’s name came up, and while he was not exactly an exiled composer (he returned to Austria from China about 1938), his presence in China in the lead-up to both the Sino-Japanese War and the Second World War makes him a person of potentially considerable interest.

Strassl was born in Linz (Ried) on 21 June 1903. After graduating from local schools, he studied Musicology and Art History at the University of Vienna (1923-30), where he teachers included Robert Lach, Rudolph von Ficker, Wilhelm Fischer, Robert Haas, Hans Gál (also a teacher of Prof. Urrows, at the University of Edinburgh), Ferdinand Habel, Egon Wellesz, Carl Fürich, Walter Tschoepe, C. Girisch, and Hermann Graedner. He completed his PhD in 1930, with a dissertation on the subject “Das Inhaltsproblem in der Meßkomposition der Wiener Klassik” (The Problem of Content in the Masses of the Viennese Classical Era.) From 1923 to 1926, he was Titular Organist of the Basilica Maria Treu, and Choirmaster there until 1930. Between 1928 and 1931, he was a presenter on Radio Vienna.[1]

According to an obituary published in 1976, after graduating from the University of Vienna, Strassl, “owing to his musical talents and abilities…was chosen from more than 30 other European candidates in 1932 to serve as Professor and Conductor at the Central University in Nanjing, China.”[2] He was subsequently Principal Conductor of the Nanjing Musical Association, and also conducted the Shanghai Symphony Orchestra, as well as acting as Director for Western music programming for Nanjing National Radio[3], where he gave numerous broadcasts on Western music, and introductions to concerts of Western music works and exhibitions of Western art. In 1935 he received the Austrian Service Cross (Verdiesntkreuz) for Art and Science, and in 1936 became an Honorary Fellow (Eherenring) of the National Central University of Nanjing. Among the most important of his activities as an ‘influencer’ in China, is that he was the teacher of Ma Geshun (马革顺, 1914-2015), China’s most prominent choral conductor of the 20 Century, who studied with him at the Central University between 1933 and 1937.

“After he returned [to Austria] in 1937 [sic.] he took up and important post at the RAVAG (now the Austrian Radio) developing musical programming. After serving in the army in World War Two, he was appointed Professor at the Musikhochschule in Vienna and was later appointed Director of the [Austrian] State Library. In addition to his professional duties, he taught at the Vienna Conservatory, was organist of the Piaristenkirche, and directed various choirs.”[4] Among these appointments were the directorship of the Vienna Oratorio Choir (1949-56), the Haydn Orchestral Society (1958-1962), Choir Director at St. Erhard’s, Vienna (1951-1967), and other academic posts and honors. As Oberstaatsbibliothekar from 1956 to his death in Vienna in 1976 (“after a long illness”), he was honored in 1968 with the title, Hofrat (State Councilor).[5]

Strassl also published editions of music of both F.J. and Michael Haydn, and W.A. Mozart. For the POCP, his most interesting publications are the ones that deal with China. These include the following:

*“Nanking” in: Kulturgeschichte Nankings. Edited by Prof. Dr. Chu Sieh [Chu Xie?] (Shanghai: The Commercial Press, 1936). (As this was a Chinese-English text, the original English title was probably something like ‘A Cultural History of Nanking’.)  December 2019 update: A copy of the Chinese version is at the Main Library at Hong Kong Baptist University. It does not contain any writing by Strassl, but Strassl contributed 56 photographs to this volume. We are still looking for the English version.

Journalistic writings and lectures, published at various times and in various venues:

Strassl also left an unpublished book manuscript: Musikgeschichte Chinas, Ursprung und Entwicklung (‘A History of Music in China: Origin and Development’), as well as a number of derived essays and lectures, on topics including ‘Confucius’, ‘Landscape and Music’, ‘The History of Chinese Theater’, ‘Chinese Grave Cults’, ‘Shandong and the sacred Taishan Mountain’, ‘Jiangxi and Jiangsu, the Provinces of Central China’,  and ‘The Popular Theater in China: The ‘Flower Garden’’. He also lectured on Chinese music topics at the Vienna Volkshochschule, and for the Austrian UNESCO commission.

NONE of Strassl’s publications listed above have been located by the Project. We would be very grateful for any visitors who may be able to send us information, or even copies of any of these items, especially those marked with a (*). 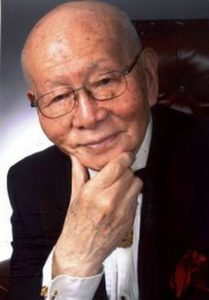