During the almost-30 years of The Pipe Organ in China Project’s existence, from time to time we have received reports about pipe organs which turn out either to be false, untraceable, or just too tenuous to follow up or include in the Census.

We have two photographs of organs said to be in Beijing, about which no other information has ever come to us, other than the image. If any of our visitors has any information about these instruments, please use the Contact Us page to send your report. We will gladly acknowledge all verifiable information we receive.

This photograph was sent to the Project in 2010. It is described simply as “a German organ in Beijing”, and the implication at the time was that it is a privately-owned positive organ. Although it looks ‘old’, we believe it is a modern replica of an 18th C. design or inspiration. 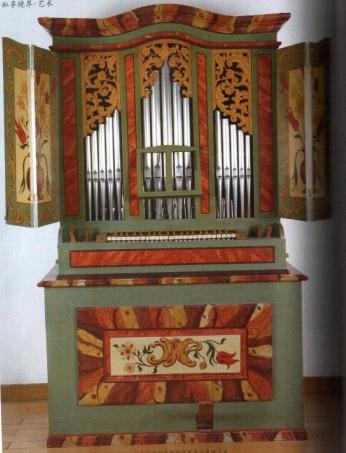 This instrument is somewhat less mysterious. The photograph was sent to us in 2009, and is apparently a small pipe organ in the loft of the church at the Union (Yanjing) Seminary at Haidan in Beijing, established in 1986. We have never succeeded in getting in to the Seminary, and no other information appears to be available (no online source can be found naming a builder.) We surmise that it was built around 2005-09, possibly by a German organ builder. 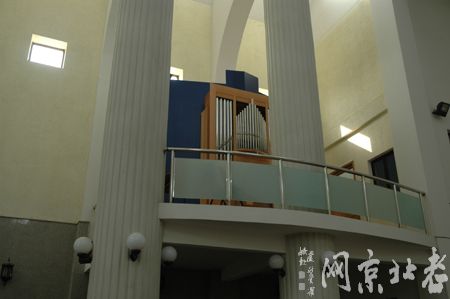 We would appreciate any information our visitors have to share. (The Chinese-language captions on the photos do not help with this, and only identify Beijing as the location.) Thank you!  谢谢!