A small organ installed by Walker in the ‘Canton British Episcopal Church’. This refers to Christ Church, a small Anglican church on Shamian Island in Guangzhou, built around 1864 near the site of ‘Canton Factories’ of the eighteenth century (it replaced an earlier church of 1848, destroyed in December 1856.)

No further details from the Walker archives are available about this installation (CAN1904). A visit in October 1989, when the still-standing church was in a fairly unrenovated state, found no trace of this instrument which was probably irreparably damaged in a massive riverside explosion in October 1938, but two early photographs of the organ survive. 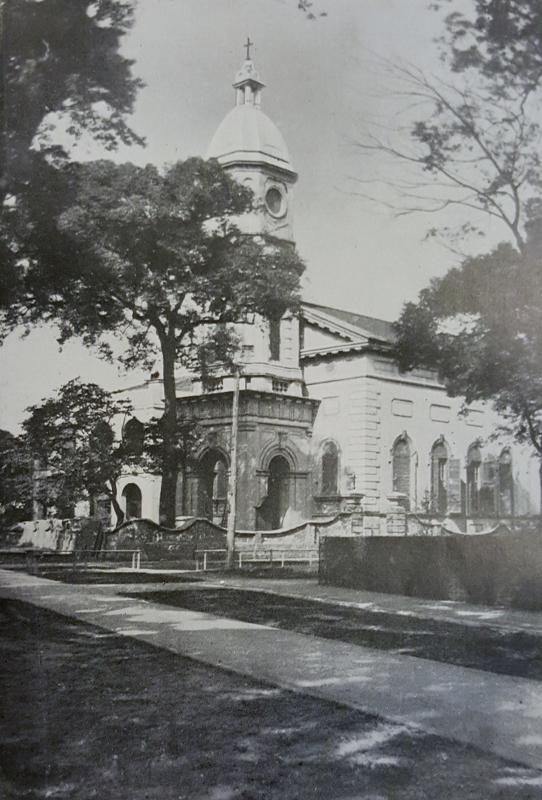 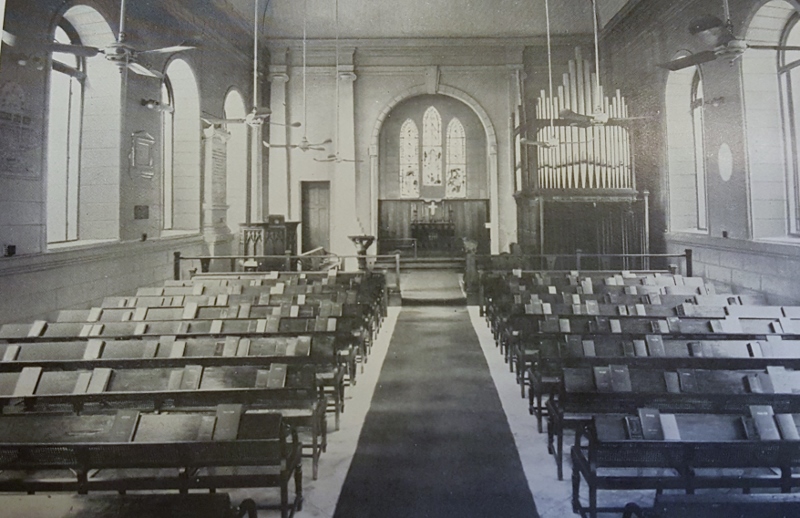 Interior, Christ Church, Shamian, 1920s, with CAN1904. Note the addition of electric fans to replace the punkahs in the earlier (main) photograph. 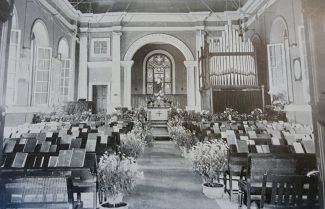