CAN1995b is a massive concert hall organ installed in early 1998 in the Xinghai Concert Hall on Ershatou Island in Guangzhou (Canton). At the time of its erection, it was the largest pipe organ ever installed in Mainland China, and was responsible for setting off China’s ‘organ race’ (See FAQs).

The specs may be found at: http://www.rieger-kloss.com/our_organs/3680.php

The stop list exists in various forms. Literature from the 1990s from the builder calls it an 85-stop organ. The builder’s American agent currently lists 84 stops. Prof. Urrows played the organ several times in 1999 and 2000, and found at least 4 stops were transmitted. The condition of the instrument deteriorated rapidly after installation, and it was finally overhauled in 2015 by The Guild of Krnov Organ Builders (Euphonia).

Project founder, Prof. David Francis Urrows, at the console of CAN1995b in 2000. 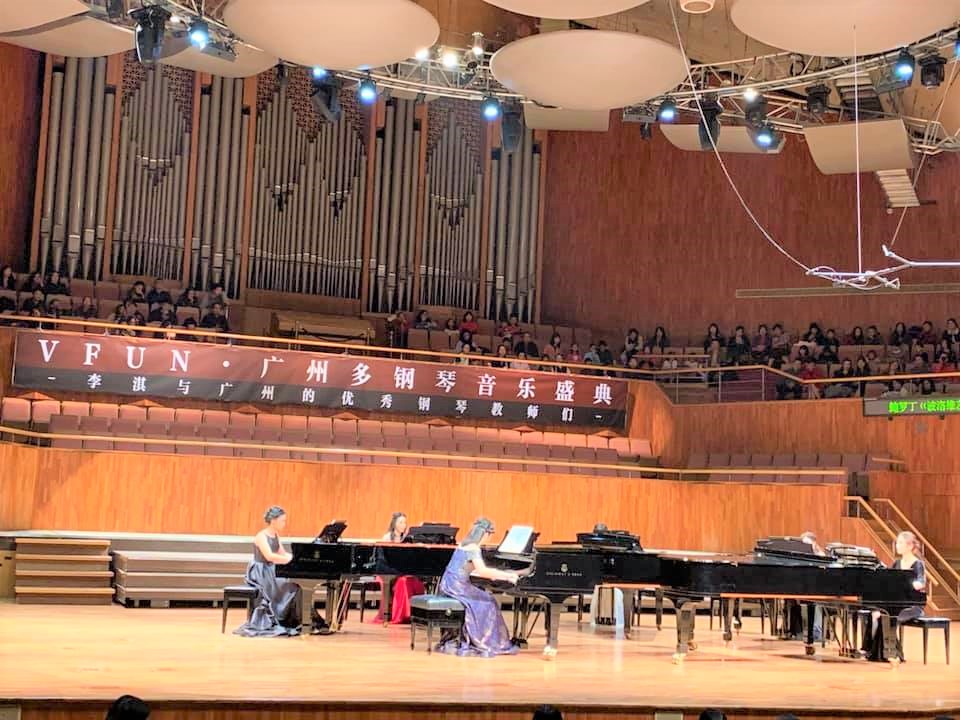 2018 photo of the Xinghai Concert Hall. The organ console can be seen in the middle of the rear balcony seating area, an uncomfortable spot for the organist. 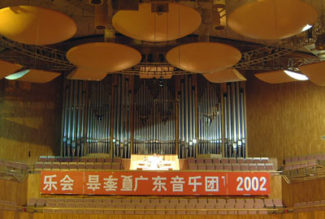