Daming (Taming) is a small city in the southeast of Hebei Province, almost on the border of Shandong Province, named an Apostolic Prefecture in 1935. Here a Jesuit College, and a minor and a major seminary were established, and a Gothic church dedicated to Notre-Dame de Treille was built in 1920.

Initially, the French Jesuits supported by Mgr. Henri Lécroart (1864-1939), installed as Bishop co-adjutor of Southern Zhili province in February 1918, wanted an organ built by a French, or at least a Francophone, Catholic. Casavant in Québec was suggested, on the rationale that it was also a firm directed by “a good Christian and friend.”

However, one the German SVD priests at Yanzhou in nearby Shandong, Ferdinand Dransmann (1882-1942), put Lécroart in contact with the organ builder Kaufmann in Vienna. Casavant gave up the contract with grace. The heads of the firm were even said to have made a contribution to the cost of the new organ, sending it in care of a patroness, a Mme. Gagnon, one of whose sons (Paul Gagnon) was a scholastic at the minor seminary at Daming. (Presumably this was the mother of Canadian organist-composer, Henri Gagnon (1887-1961), and refers to his brother.) An oak plaque on the organ loft rail (see main photo) commemorated the Canadian donation, and reads: “A Notre Dame de Grace: des Canadiens Catholiques. Filial Hommage”.

During the Cultural Revolution the church was wrecked, but by some extraordinary chance the organ (although completely torn apart internally) remained in situ in the organ loft. When the church was renovated in 1999, some ‘pipes’ were created out of sheet metal to fill the five flats of the case. When the Project surveyed the church in December 2009, we found the interior of the case indescribably dusty and dirty, and full of decaying (wooden) pipework, along with the shattered console and the pedal board (see photos).

This is one of only three organs, partially remaining in situ, found by the Project in Mainland China between 1989 and 2017. 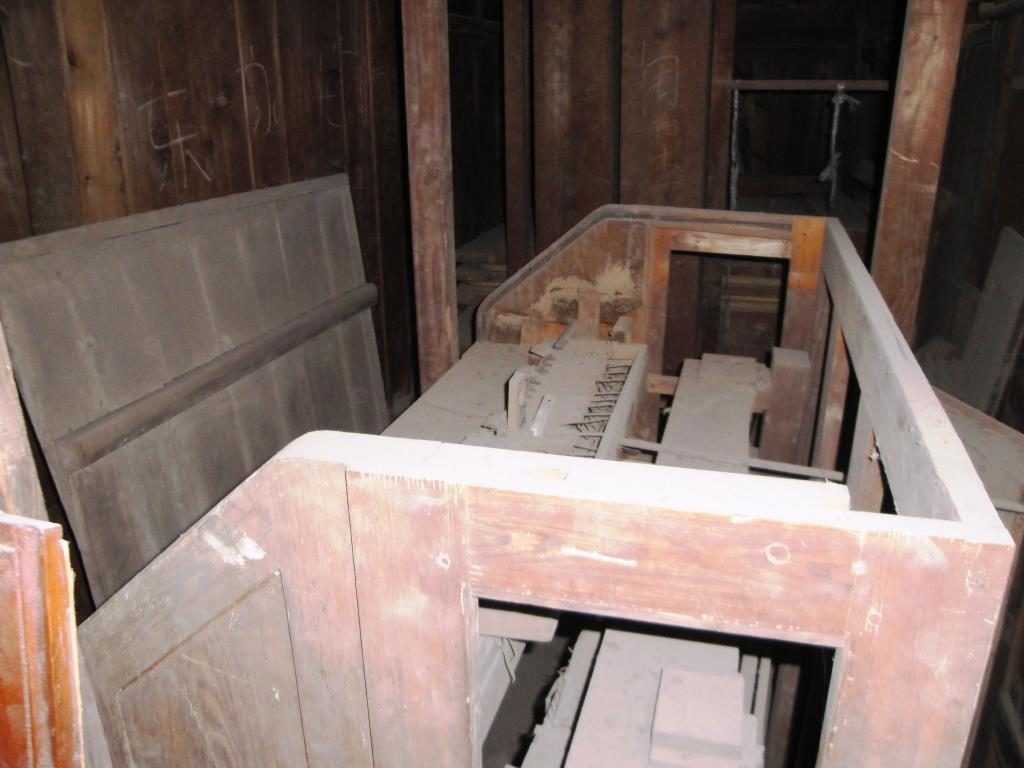 Console, inside the organ case. 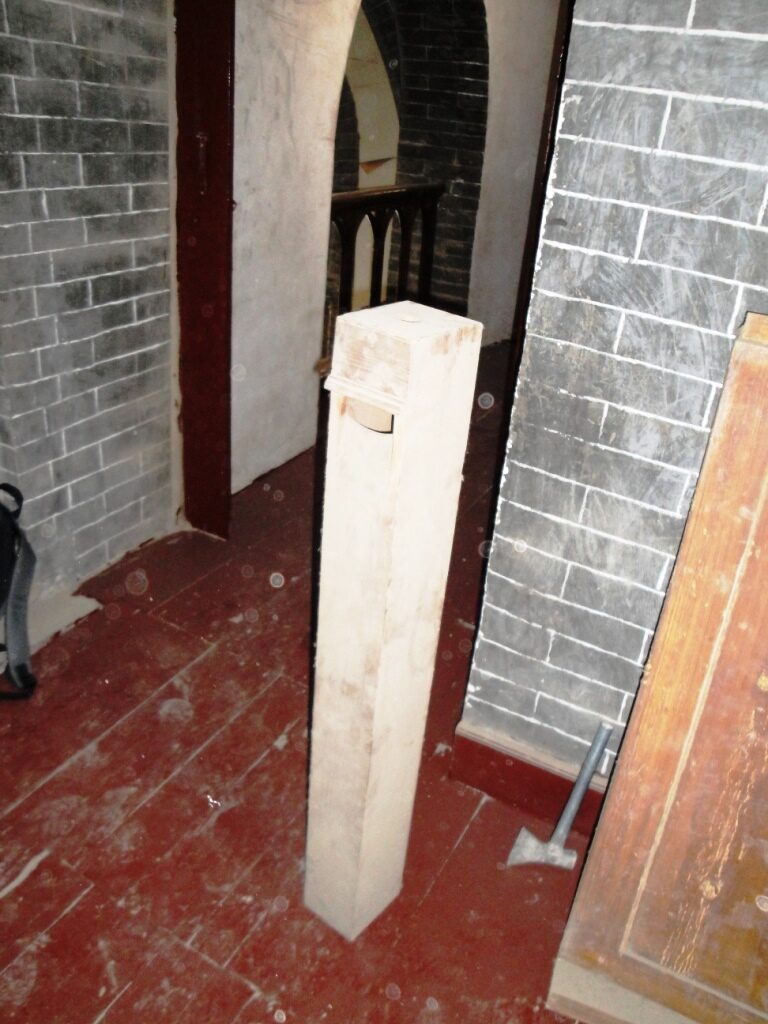 Gedackt 8′ (note hatchet used to get into the organ case.) 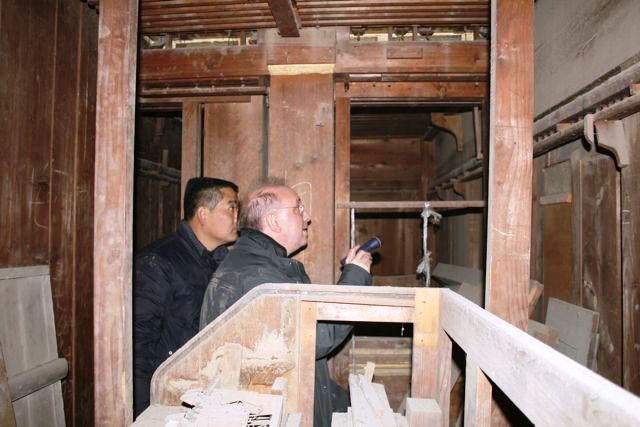 Project founder Prof. Urrows and a church official inside the case of DMF1922, 2009. 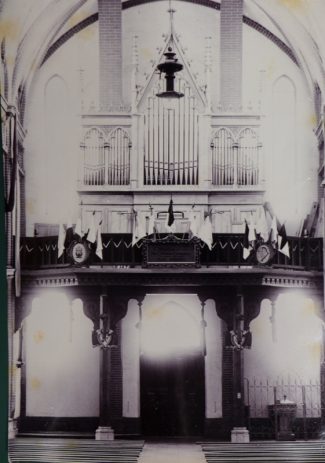