FCW2018a is a four-manual and pedal concert organ built by Casavant for the new Cross-Strait Cultural Art Center in Fuzhou. It was originally announced as a IV-52/60 organ, but the specs were apparently revised.

The final specs may be accessed here (rendering from builder’s website): https://casavantfreres.com/Jimdo/ProjectsTables/ProjectsPages/3920-Fuzhou.html (where it is called the “Strait Cultural Center”.)

The inaugural recital was played on 16 December 2018 by Pierre-Paul Ruiz.

The new cultural center is another modernistic building complex, located in a new town area of the old treaty port of Fuzhou (Foochow). Designed by the Finnish firm, PES, details from the builder’s point of view may be found here: https://www.dezeen.com/2018/10/11/pes-architects-strait-culture-art-centre-fuzhou-china-architecture/

Another architectural critique of the whole complex may be found here: https://www.arch2o.com/fuzhou-cross-strait-cultural-center-biad/ 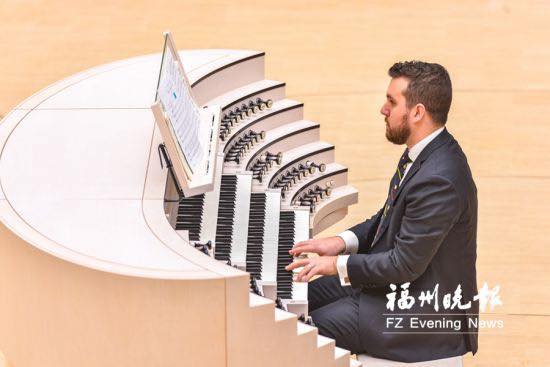 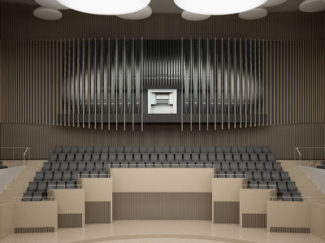