Hangchow University was established in 1914, connected to earlier Presbyterian institutions. In 1919 the Tooker Memorial Chapel on the campus of what was then called Hangchow Christian College was completed, and a pipe organ (HCH1919) was installed and dedicated on 11 February.

A history of the University compiled in 1955 mentions that upon returning to the campus after the Second World War the staff found that “the chapel was intact structurally…but it had been stripped of its pipe organ, bell and oaken pews” (the University had spent the war years in Shanghai.)

Today the site is the campus of Zhejiang University, and has no connection to the present Hangzhou University. Several photographs of the campus, including what appears to be the chapel can be found here: http://blog.sina.com.cn/s/blog_674a871f0100ish6.html 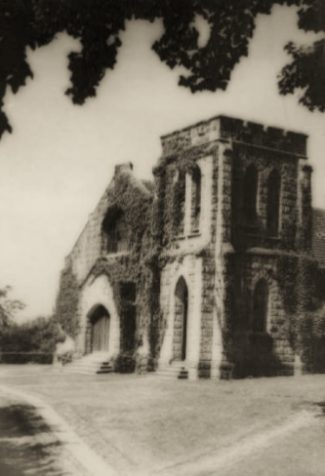