In 1927 William Charlton  Blackett built a type of cinema organ for the 1,200-seat Queen’s Theatre in Central, finished in 1924. This was a so-called orgapian: a single-manual combination reed organ and upright piano (these were first manufactured around 1910 by the Whomes firm; and subsequently copied by others under the enchanting name of the Clavimonium.)

When ‘talkies’ arrived in the early 1930s, HKG1927c “was bought for a Chinese church in Canton, where it is now in use.” The Project has not been able to trace this move of the orgapian to Guangzhou. The cinema itself was closed and torn down in 1958 and replaced by another building containing a second Queen’s Theatre, which was subsequently demolished in 2007 and replaced by an office block.

Other theater organs in China: Tianjin’s Empire Theatre similarly had an ‘Orchestrion’ made in 1918 by the J.P. Seeburg Co., of Chicago, imported by Robinson. (See: The Shanghai Times, 21 December 1918, 9); and Shanghai’s Albert Garden (a restaurant-night club) announced at its opening in 1936 that it had “The first pipe organ ever installed for dancing in the Far East”, probably also an orchestrion-like instrument (The China Press, 11 July 1936, 3.)

In the Census in Keys to the Kingdom (p. 352) the Blackett orgapian is given as a “2?”-manual installation, but it seems it had only a piano keyboard connected by pneumatics to a type of reed organ. In a sense, it did have two separate divisions.

A short description of the original orgapian can be found here: http://everythingcroton.blogspot.com/2015/11/gone-but-not-forgotten-rare-orgapian.html 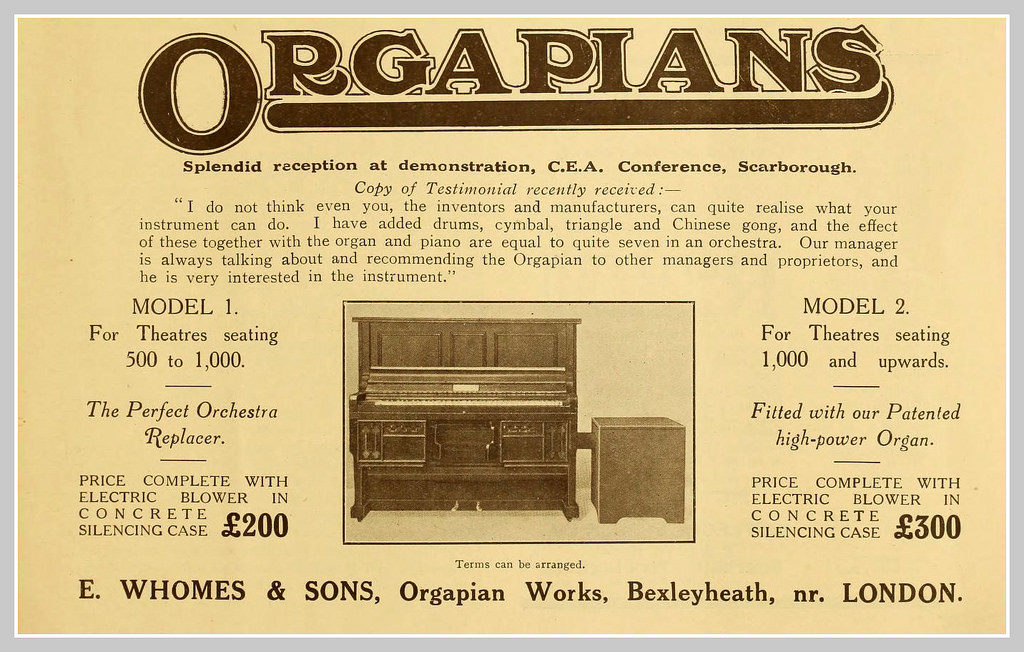 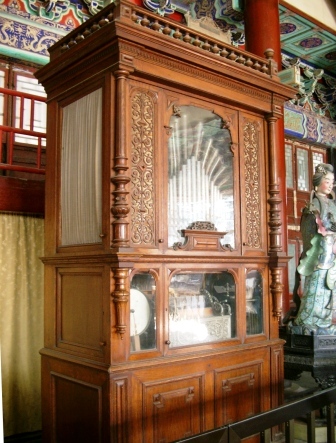 An orchestrion, made by J.P Seeburg Company, Chicago, now at the Summer Palace, Beijing, once used by the Dowager Empress Cixi (r. 1861-1908). 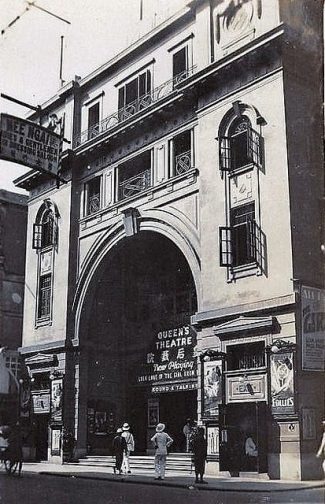