The largest of William Charlton Blackett’s original installations in Hong Kong is the two-manual and pedal organ built for the Chapel of Christ the King, Causeway Bay, in 1930.

The somewhat misnamed chapel (it seats 1,000), dedicated on 10 May 1930, is part of the Convent of St. Paul’s and is still a private chapel of the Sisters of St. Paul de Chartres. It was only opened for public worship in 1963 (as a foundation of the Missions Étrangeres, it is also not a parish church, and was originally called St. Paul’s Chapel.)

Blackett’s 19-stop, semi-pneumatic action instrument (initially both keying and stop action start with a mechanical system but change to a pneumatic at the windchest) was a part of the original design for the building.

It is possible that some work was done on the blowing mechanism by a visiting organ builder (perhaps Detlef Kleuker) in the period  1970-90. A fairly recent blower, by British Organ Blowing, was still in situ in 2010. But when originally surveyed by the Project in 2003, the instrument was in poor condition and not playable. Since then, the site of the convent, school, and hospital has been the focus of considerable development, and the church is now hemmed in on all sides, and only visible from Cotton Path. As of 2019, renovations to the organ are said to have started. 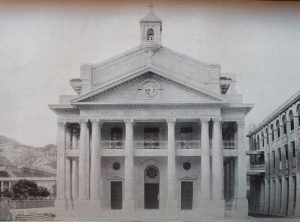 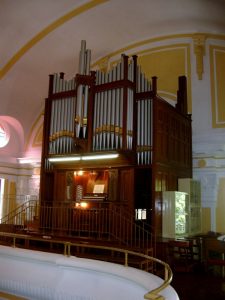 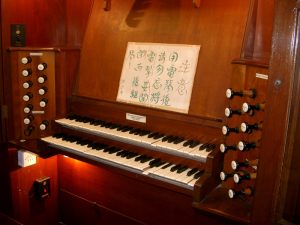 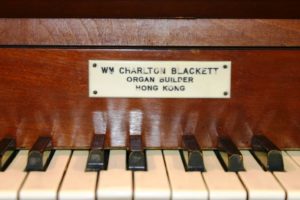 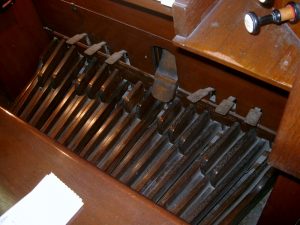 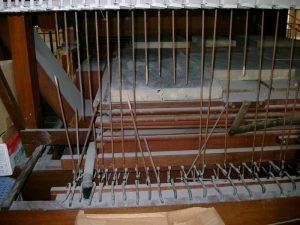 Back of chest, HKG1930. Tracker/pneumatic junction. 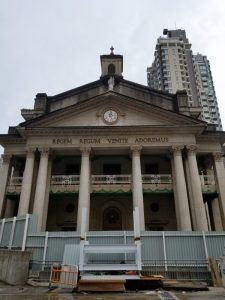 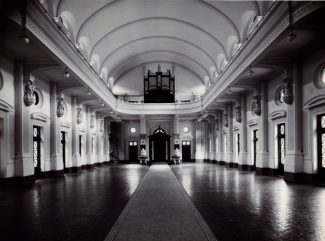