This church was constructed in 1932, with a campanile somewhat reminiscent of San Marco. Originally towering over a suburban neighborhood of one- and two-story buildings, it is today dwarfed by high-rises and flyovers. However, like many of the Catholic churches in Hong Kong, it was the hands of neutral Irish and Portuguese Jesuits during Second World War, and so it was saved from the desecration visited on other churches. A side chapel of St. Teresa’s was even allocated the Japanese as a columbarium, an ecumenical gesture which ensured the church was not looted by either the Japanese, or by mobs of the local Hong Kong population which had otherwise sacked parts the city in a frenzy in the face of the Japanese advance in the first two weeks of December 1941, and again after the Japanese surrender in August 1945.

Although not functioning since the 1990s, Blackett’s organ is essentially in good physical condition today, and could well be restored. In a meeting in Hong Kong in April 2019, the Project was told that the organ (HKG1934) was looked after until about 1992 by a “Mr. Fung”, who was apparently one of Blackett’s workers prior to 1941. Mr. Fung then ‘disappeared’, and nothing else is known about him.

In Keys to the Kingdom, the name of the church is given incorrectly as “St. Theresa’s”. Further information about the church is available here: http://www.catholicheritage.org.hk/en/catholic_building/st_teresa/index.html 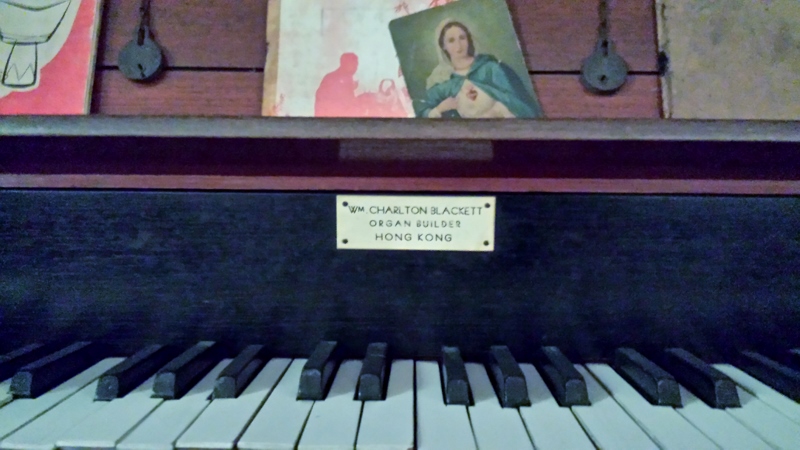 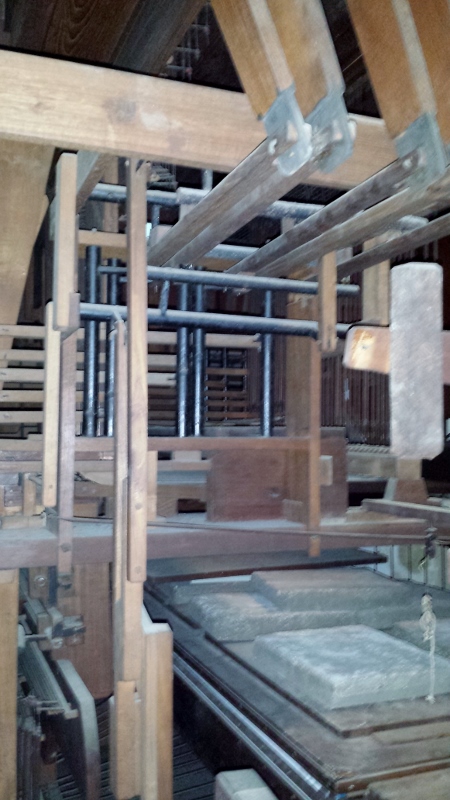 Bellows, trackers, and other apparatus, HKG1934. 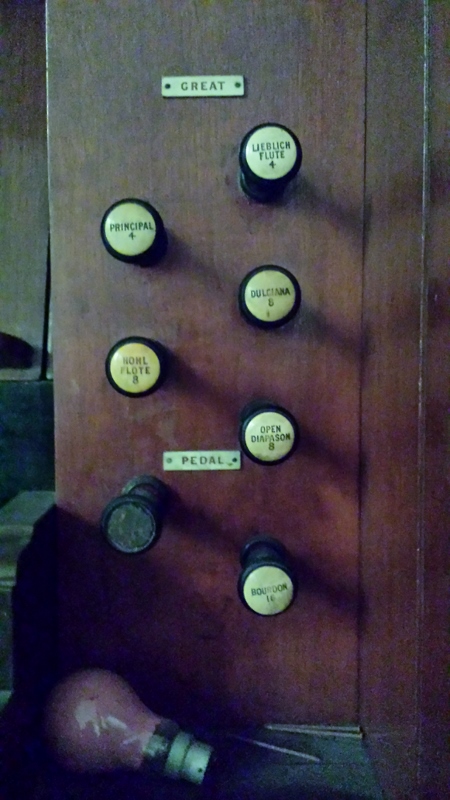