A small, moveable one-manual organ (Truhenorgel) with a detachable, pull-down pedal. This was originally built by Kleuker for the Hong Kong Arts Center’s Shouson Theatre. But with the opening of the nearby Hong Kong Academy for Performing Arts in 1984, the organ was moved across the street to the Academy to function as a practice and continuo instrument.

In late 2006, the organ was given on loan to Emmanuel Church (Anglican), and moved to the historic Béthanie site in Pokfulam (a facility originally built in 1875 by the Missions Étrangères de Paris). In 2017, a larger electronic organ was purchased for the church, and in August of that year the Kleuker organ was dismantled and placed in storage. The present owner is trying to find the opportunity to rebuild the organ, and possibly make it available as a rental instrument, or find some other eventual use for it. 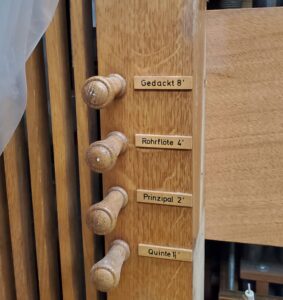 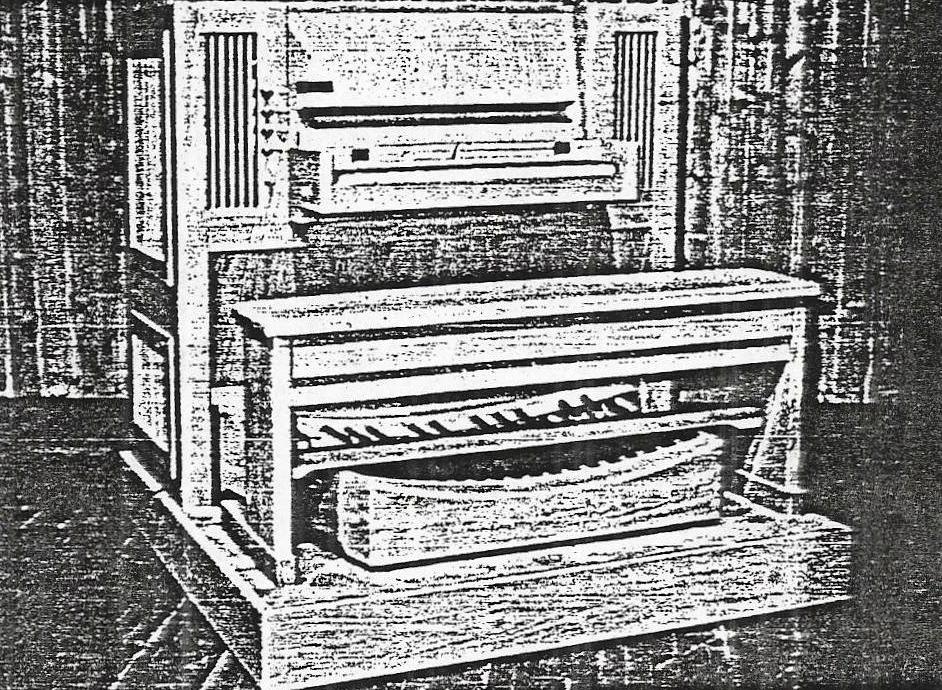