HKG1993 is a small positive with a single stopped rank of pipes at the Department of Music, Chinese University of Hong Kong. It was built in London in 1993 by the Early Music Shop. The organ can be separated from its stand and serve as a large portative, or processional organ.

This installation is mentioned in Keys to the Kingdom (p. 309), but due to incomplete information it was not listed in the Census (Appendix) and the estimated date given of the 1980s is too early. Prof. Urrows surveyed the instrument for the Project in May 2018. 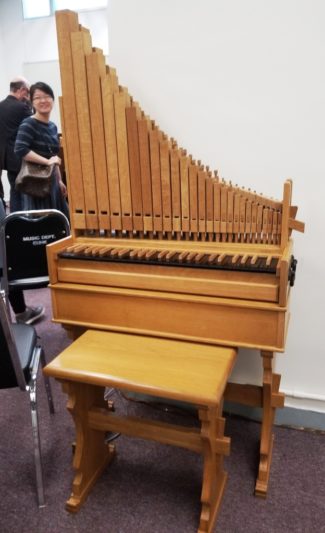