HKG2003 is a small two-manual and pedal tracker organ in the Chapel of St. Stephen’s College (secondary school) in Stanley, on the south side of Hong Kong Island.

The organ was the gift of the Fung family, in memory of Sir Kenneth Fung Ping Fan and Lady Fung.  The dedication was held on 16 December 2003, but the organist is not known.

In the Census (Appendix) to Keys to the Kingdom this is given as an 11-stop organ, but the builder’s website now states rather confusingly that it has 10 stops (4-4-2): https://pelsenvanleeuwen.nl/nl/database.html . The Pedal Gedekt may be an extension of the Swell stop. If the two double-draw stops are each considered to be a single stop by the builder (as they have only one stop knob) there would only be 9 stops (3-4-2, the number of actual drawstops). Either way, the Project cannot figure out how this organ has 10 stops. 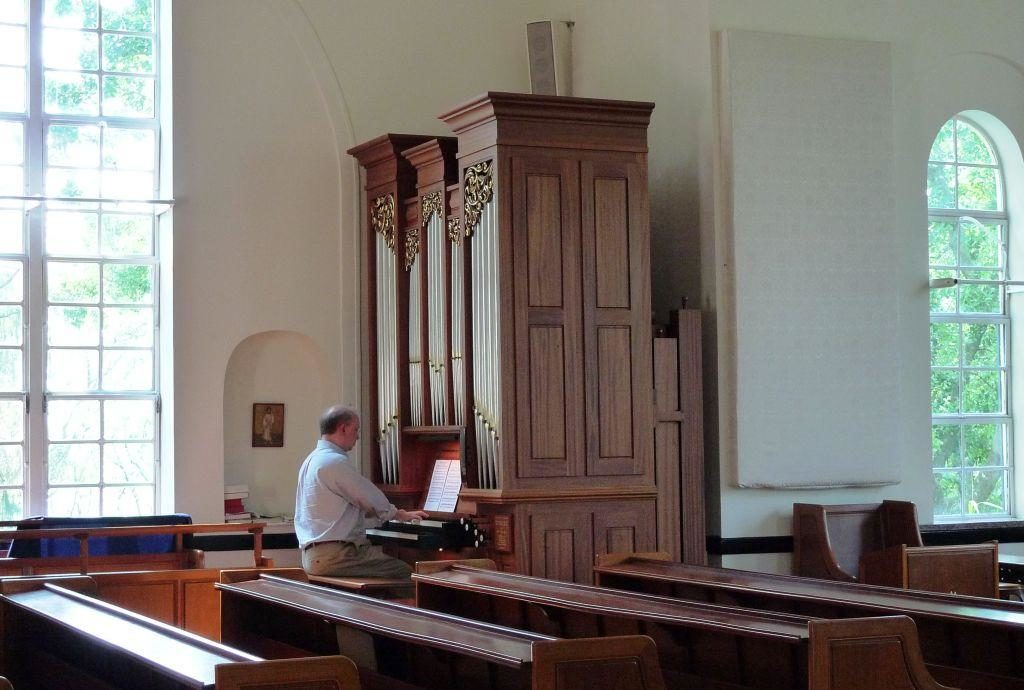 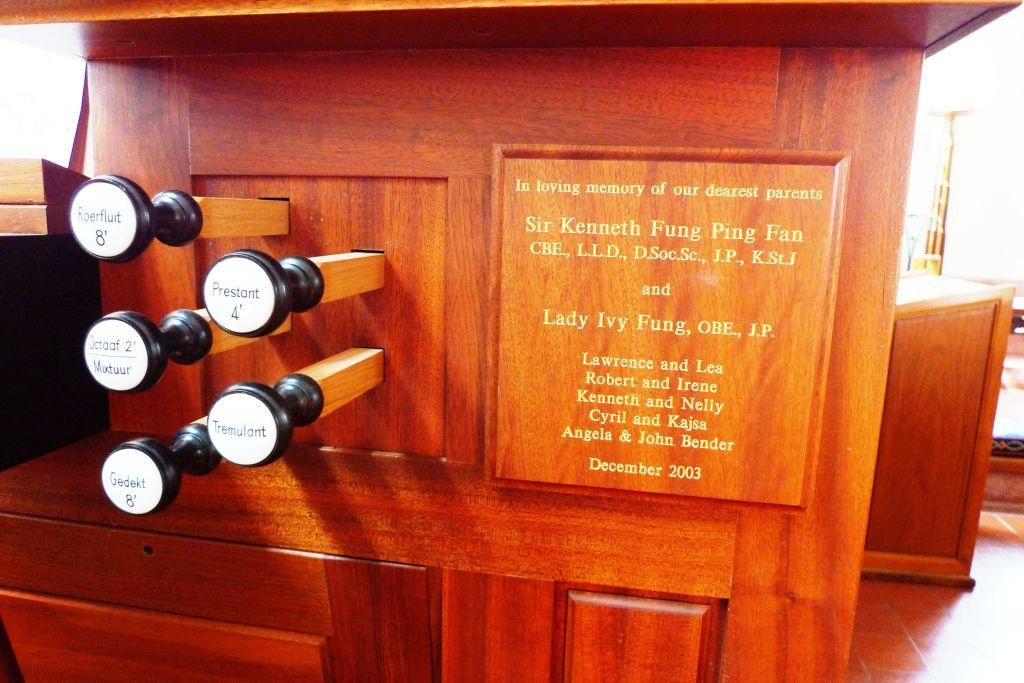 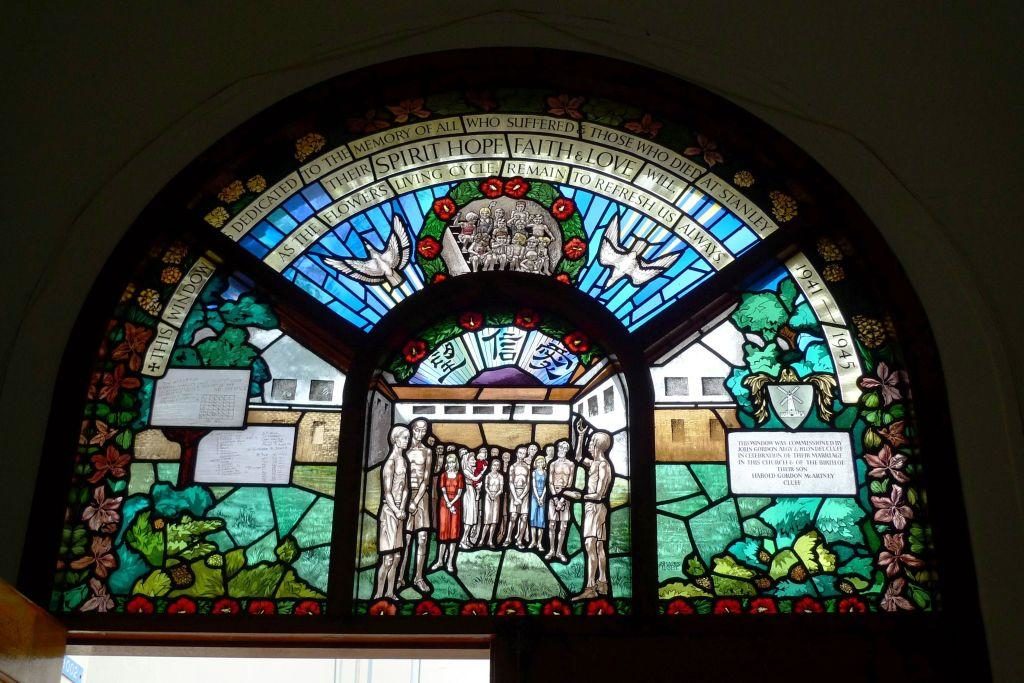 Memorial window, St. Stephen’s, Stanley. The school campus was the site of a large prisoner-of-war camp during the Japanese occupation (1941-45).