A Rieger organ (Op. 2736 ) installed at the Roman Catholic church in Ichow (today’s Linyi) in Shandong Province in 1936. The selection of this Austrian instrument probably reflected the biases of SVD priests, Ferdinand Dransmann (1882-1942, see photo taken at Daming), and Theodor Josef Rühl (1903-59).

ICF1936 was the second instrument built by the firm in China (see TAO1931 for their earlier installation in Qingdao). Once again the purchase of this organ was probably related to the raising of Ichow to an Apostolic Vicariate in 1937. No more is known about this instrument, and ICF1936 probably suffered badly during a Japanese attack on the city in 1938. 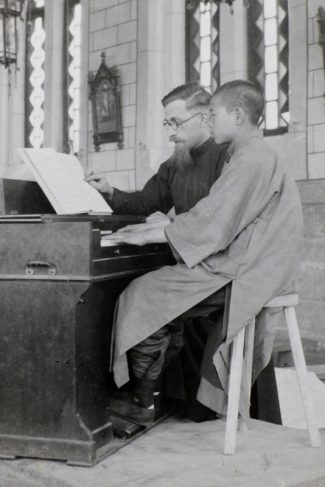