KMG2016 is a three-manual and pedal, 45 stop organ, built for the New Yunnan Grand Theatre (云南省大剧院 ). The new Concert Hall was opened in April 2017, and so the organ was completed a year earlier (pics from builder’s website.) It seems likely that the contract was let around the same time as the contracts for the two pipe organs in Hangzhou (HCH2018a and HCH2018b, both at the Zhejiang Conservatory) built by the same firm and installed in 2018. Rieger-Kloss also bid (unsuccessfully) on this contract, but pictures of their proposal are still posted to their Facebook page.

The dedicatory recital was played on 20 January 2017 by Li Yihua of Zhejiang Conservatory. Further recitals were played on 20 May 2018 by Florian Reithner, and on 20 October 2018 by John Friesen (the Project appreciates receiving this information from Xu Mengfei).

The specs can be accessed here: https://www.freiburgerorgelbau.de/en/organ-works/new-buildings/kunming/

The builder’s website has more pics and information. However, it misidentifies the building as a ‘cultural center’ (Kulturzentrum), which it is not (there are several other ‘cultural centers’ in Kunming.)

A small amount of information about the concert hall can be found here: https://www.gokunming.com/en/listings/item/33866/new-yunnan-grand-theatre 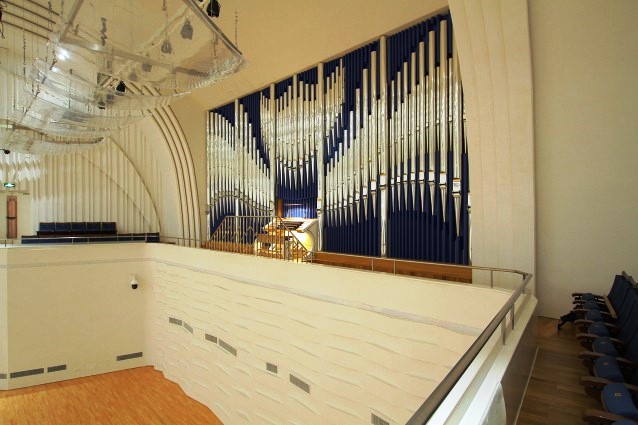 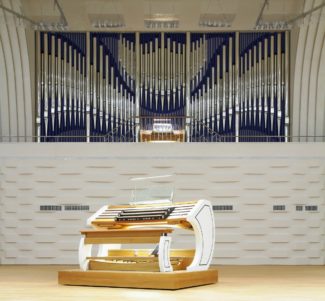