An organ noted in passing by the American diarist Harriett Low (1809-77), who lived in Macau between 1829 and 1833. In July 1831 she was invited to observe the vows of a novice taking “the black veil” at the Convent of Santa Clara:

“We see as first behind the grate the nun as in the chapel dressed in her splendid dress of white Lace trimmed with pink satin, over [a] white Satin underdress, diamond necklace, headdress of diamonds, fingers covered with diamond rings, and a white veil thrown over her head. She casts all these aside, renounces to the world and all its vanities. Has her hair cut off. Comes again to the grate. The padre chants again, the organ plays and much singing, being all in Latin no one could understand what was said.” (Harriett Low, Diary, 10 July 1831. )

The convent of the ‘Poor Clares’ had been founded in 1633 by Spanish nuns from the Philippines, apparently combined with the adjacent to the Franciscan monastery (see the daguerreotype, taken in 1844 by Jules Itier and one of the earlier photographic images of China, and the two images below.) The Project surmises that this was a Philippine organ of the seventeenth or eighteenth century which had, somehow, survived into the third decade of the nineteenth century.

The convent (and the organ) have long since disappeared, remembered today only by the Rua de Santa Clara. 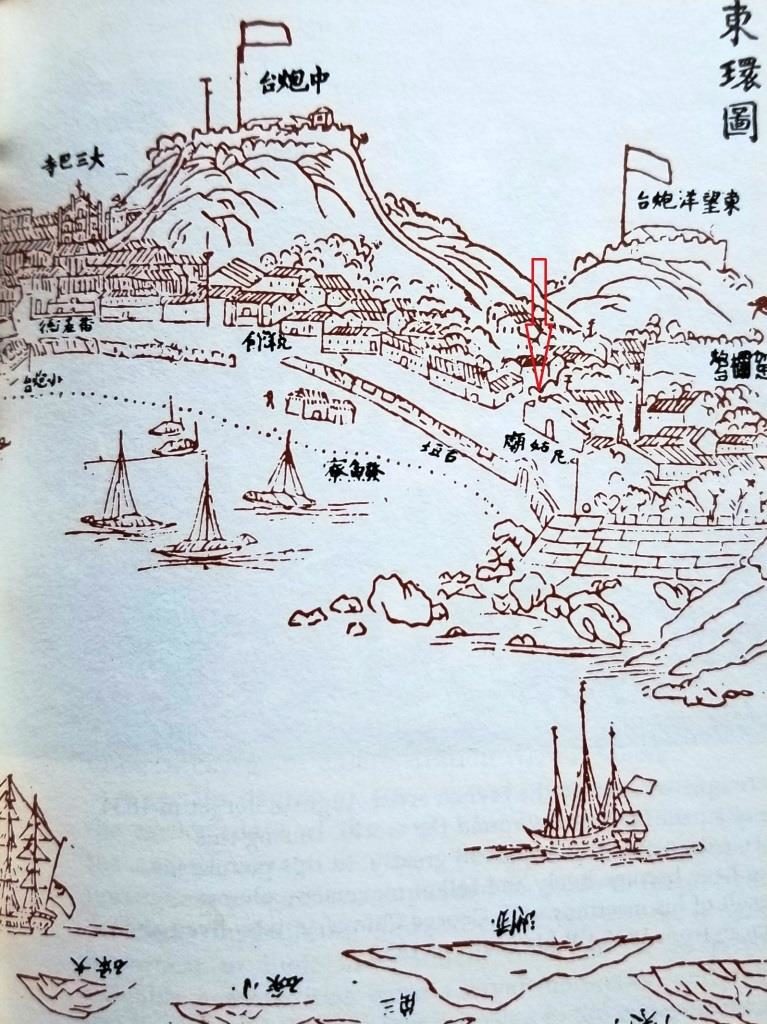 From a 1790 map of the Praia Grande, Macau. The Convent of Santa Clara is under the red arrow, called here “Nun’s Temple”. In the upper left corner, Madre de Deus (St. Paul’s) and at the top of the page, the Monte Fort. On the hill to the right of the convent, the Guia Fort. 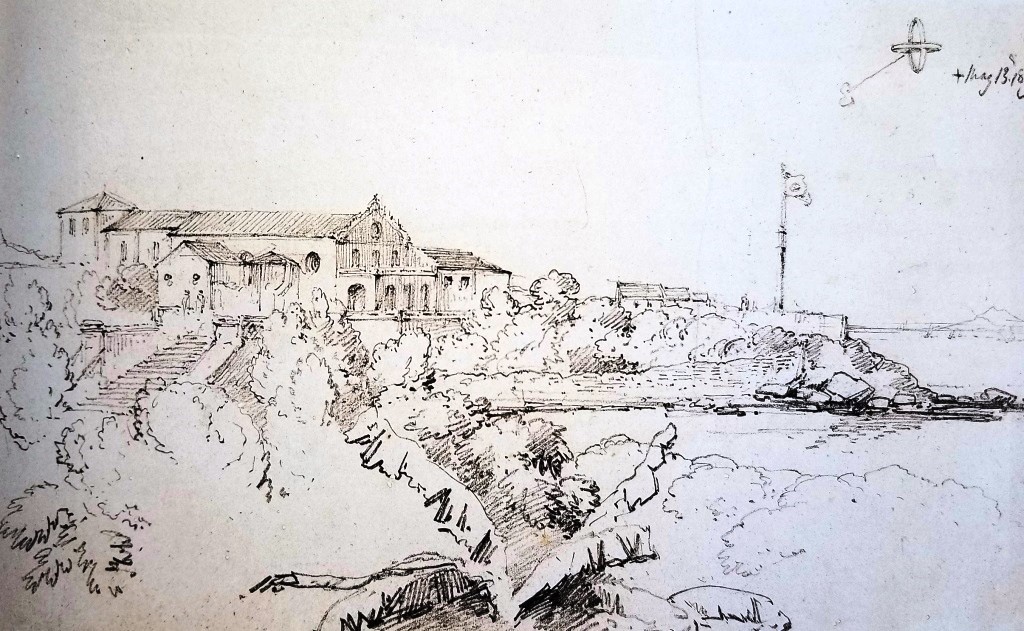 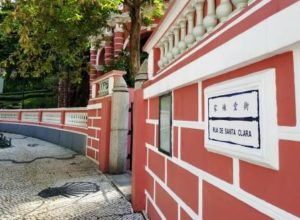 Macau, Rua de Santa Clara, running along the south side of the present Jardim S. Francesco, which occupies the site of the convent in the map above. 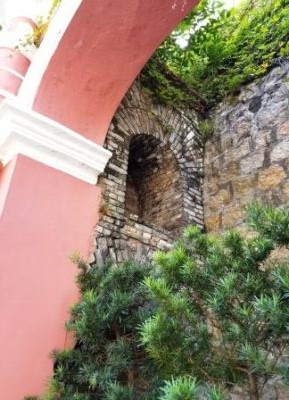 Arch from the Convent of St. Clara in the present Jardim S. Francesco.