NJG2016 is a large concert organ by Rieger installed in the Concert Hall of the Jiangsu Grand Theater, opened in stages between late 2016  and mid-2017. The striking façade design features ‘suspended’ pipes (pic from builder’s website.)

The specs of the organ can be accessed at: http://www.rieger-orgelbau.com/details/project/Jiang/?lang=en 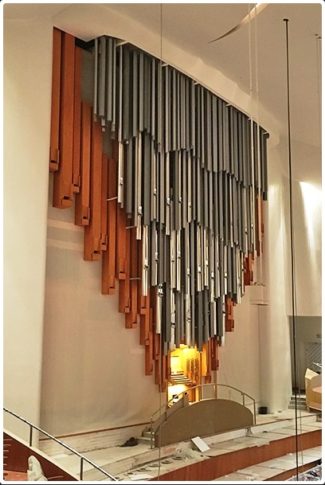