A small positive  presented (without success) to the Kangxi emperor in February 1712 by the mandarin, Zhao Chang. It was manufactured at the Nantang college workshops by the Jesuits (see computer-modeled pic of the interior of the Nantang, from Wang and Maglioccola, 2010.)

“When the Jesuits I mentioned saw how pleased the emperor was with the harpsichords and positive organs [organetti] which were made under the direction of Signor [Teodorico] Pedrini  [1671-1746] by his servants, they made another small organ [organetto], very well-made and finished to a high polish, and they brought this on the 19th [of February 1712] to be presented to His Majesty by [the mandarin] Zhao [Chang]…hoping very much that they could make His Majesty aware that it was not necessary to have this gentleman [Pedrini] in Beijing, and that they knew better than he how to make organs, harpsichords, and other musical instruments.

“But it pleased God that His Majesty, holding a different opinion of the abilities of Signor Pedrini, having looked at and played it a little, replied to the said Zhao that not much had been accomplished here, because the keyboard action was stiff and the organ was high-pitched [i tasti erano duri et era d’un tuono alto], but gave the order that it should be given to Signor Pedrini who at his peril was to repair it perfectly, and with this order the Jesuits were much distressed.” (Matteo Ripa, Giornale, ed. Michele Fatica, vol. 2 (Naples: Instituto Universitario Orientale di Napoli, 1996) 60.)

Zhao Chang (趙昌, 1654-1729) , the prefect of works of the yangxindian, was the Jesuits’ ‘insider’ in the court, and was involved with them in many intrigues of this period. 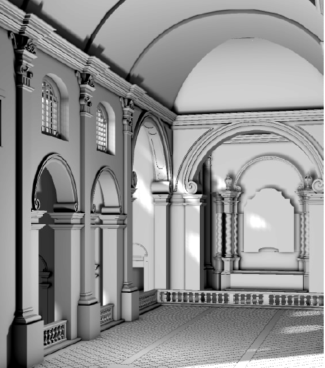