The Peking Union Medical College (PUMC) was founded in 1906. Initially a missionary endeavor, in 1915 the China Medical Board was established with a grant of eight million dollars by the Rockefeller Foundation, and in 1917 it assumed control of the school. On the south side of Santiao Hutong, across from the main campus, an auditorium was constructed, intended not only for use by the college but also provided a modern, public hall in a city where civic facilities were non-existent in 1920. Since the Auditorium was to be used as a cinema on certain evenings, and for religious services, John D. Rockefeller paid personally for a pipe organ to be installed. This remarkable instrument (PEK1920) was no ordinary organ: it was an up-to-date theater organ built by Kimball in Chicago, with a reproducer for automatic roll playing. And parts of it still exist today.

The Auditorium (which still stands, though modified) was opened in a splendid ceremony on 19 September 1921, attended by Rockefeller himself. On 18 October, the first ecumenical service in the Auditorium was held in the morning, and “in the evening a new era began in Peking life with a recital on the college organ.” The performer is unknown, but may have been Vergil F. Bradfield (1895-1953).

PEK1920 was installed in a chamber at the north-east corner of the Auditorium, and was part of the original design for the building. It spoke through a grille, behind which sat the swell shutters. The console and reproducer were located at the foot of the Auditorium, and the blower was placed in a space underneath the organ chamber, accessible only by crawling through a long, narrow passageway which was entered from a corridor under the stage. For the chapel on the second floor directly above the organ chamber, a set of louvers opened in the ceiling of the chamber so that the organ could be heard rising through the floor to the upper story (see photos.)

The specs are based on the Project’s survey of the remaining parts of the organ in 2009 and 2010. It has been difficult to come up with the specs (given as II/10), since the console as well as the blower and the reproducer have long since been lost. There is a brief mention of the organ in the searchable database of the Theater Organ Website (http://barton.theatreorgans.com/s.htm.) The stop list is based on our own observations and information written on the intact relay chests. Asterisks (*) indicate the probable 10 ranks mentioned above. The organ had a second touch system.

The PUMC Kimball is one of only three pipe organs located by the Project in situ in China between 1989 and 2017. Of particular historical interest, this is the organ which accompanied (on 18 March 1925) the funeral of the father of modern China, Sun Yatsen (probably using the reproducing roll player.)

In December 2021, it was announced that contracts had been let to Casavant and J.L. Weiler, Inc., for an “historic restoration” of PEK1920.

Original plan for the campus of PUMC. The Auditorium is the building on the far right, across the hutong from the main campus. 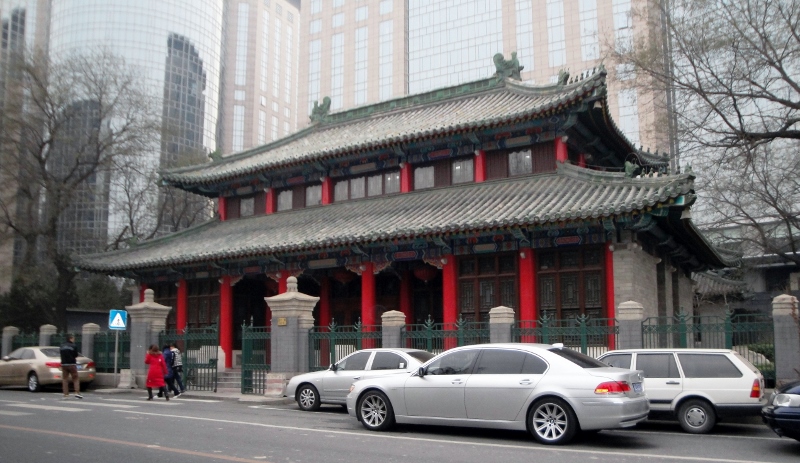 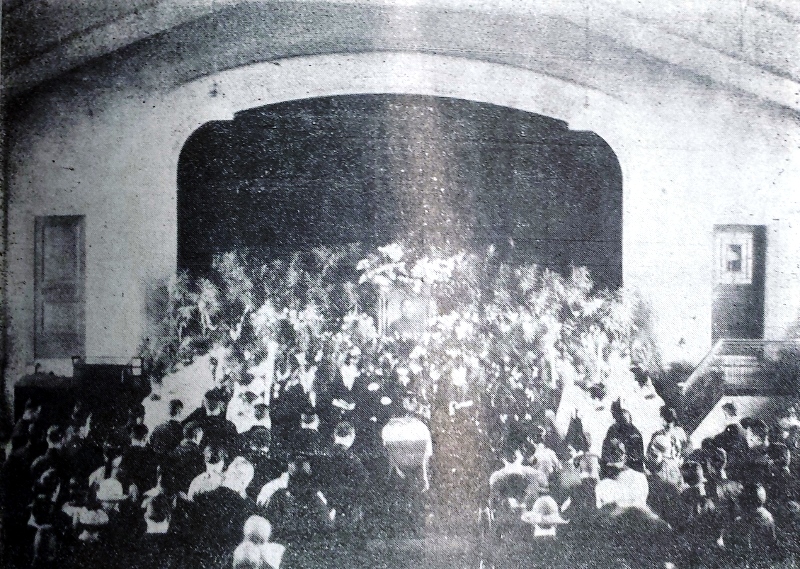 The funeral of Sun Yat-sen in the Auditorium of PUMC, 18 March 1925. The console of PEK1920 can be seen, along with the reproducer to its left, on the extreme left of the photo, just below the left-hand back stage door. As there doesn’t seem to be anyone sitting there, it seems very likely the reproducer was used for the service. (photo from The Chinese Recorder, February 1931). 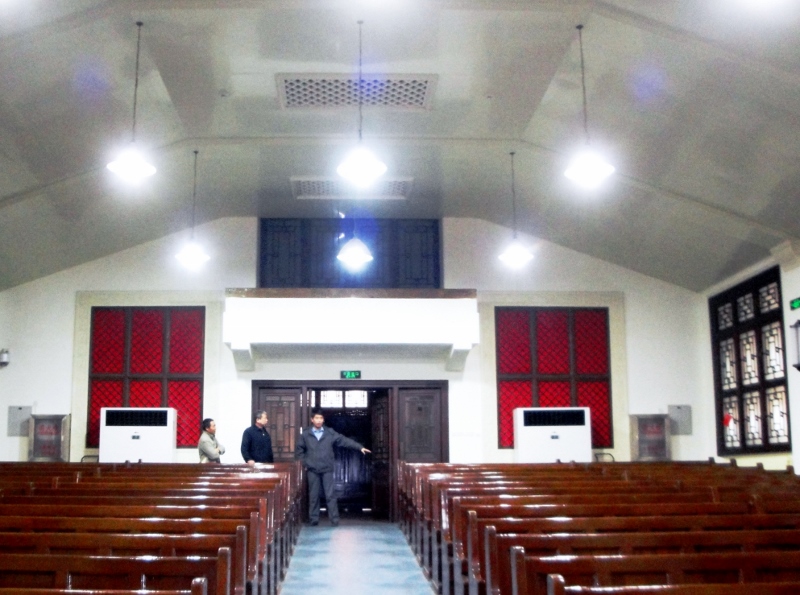 PUMC Auditorium, 2009, looking up from the foot of the hall. The organ was located in a chamber behind the red grille on the right. 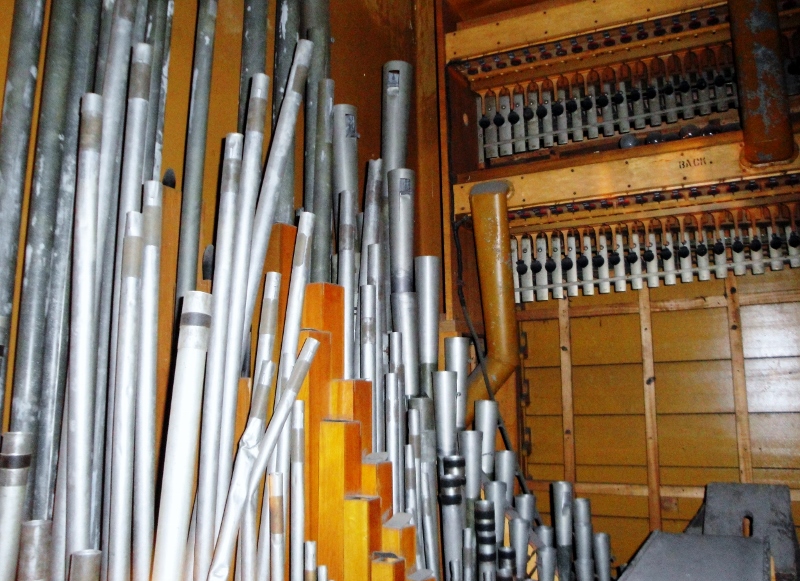 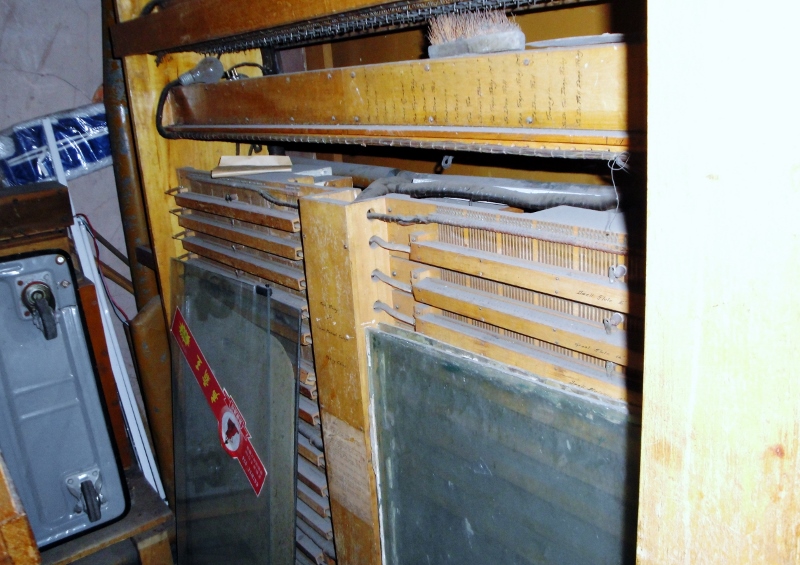 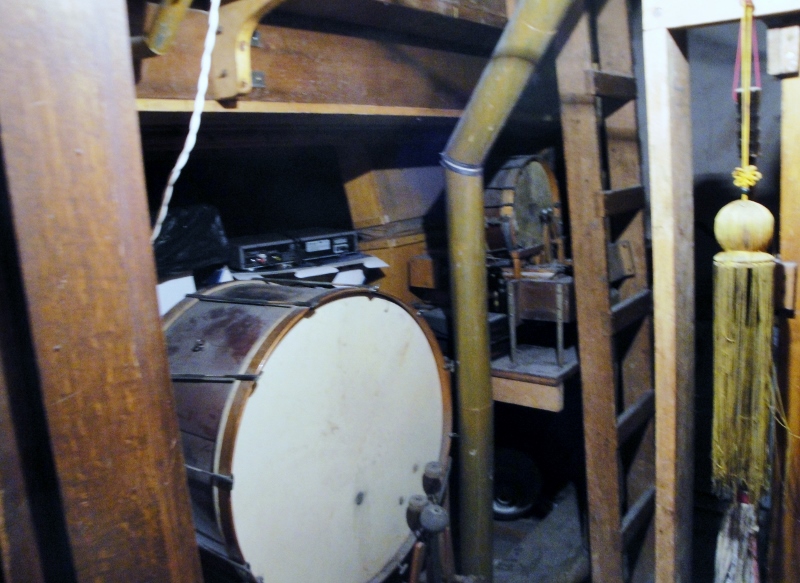 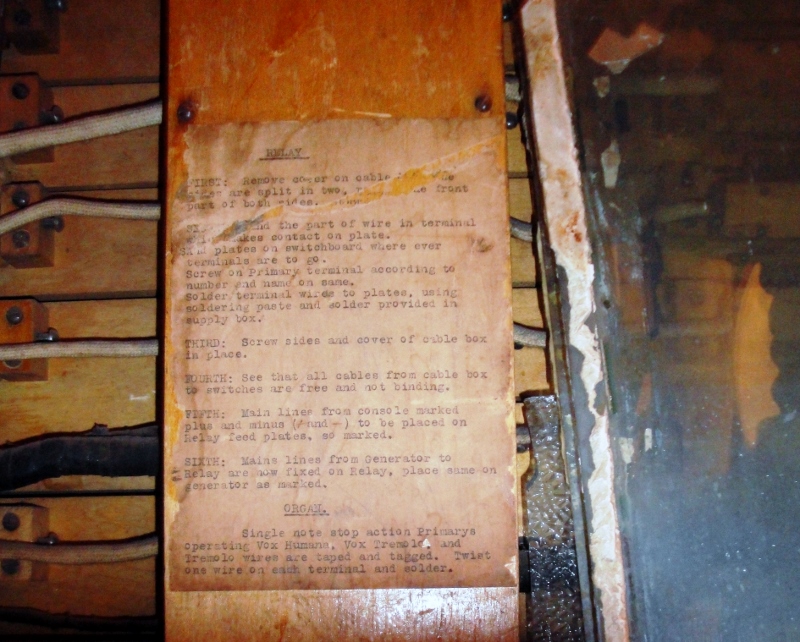 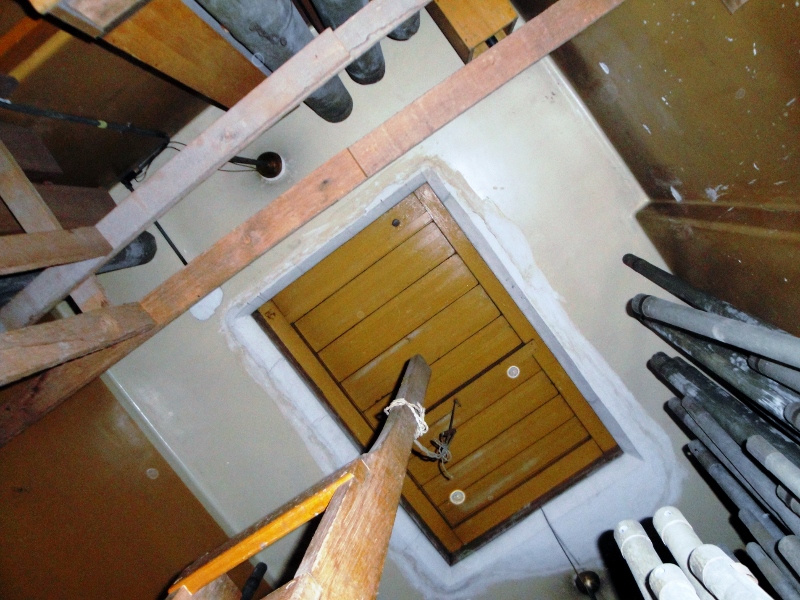 Louvers in the ceiling of the organ chamber, originally opening in the floor of a multi-purpose room on the second floor used as a chapel. 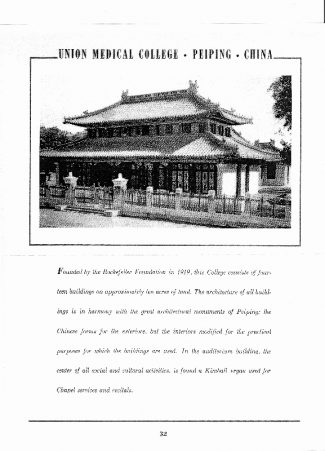