The specs may be found here: http://www.austinorgans.com/linkabledocuments/2779chinabrochure.pdf

The organ was featured on the cover of the November 2000 issue of the AGO magazine, The American Organist. This was probably the single most effective piece of public relations behind the ‘organ race’ in China today (see FAQs), at least from the vendor’s side. It brought the potential of Mainland China as a market for pipe organs to world-wide attention.

Because of the hall’s proximity to the National Palace Museum (invariable referred to by foreigners as the ‘Forbidden City’) the hall has acquired the spurious name of the ‘Forbidden City Concert Hall’. It is correctly known as the Zhongshan Park Concert Hall  (中山公園音樂堂). It was constructed in 1942, and between 1997 and 1999 it was gutted and completely reconstructed. The organ installation was part of this renovation of the hall. 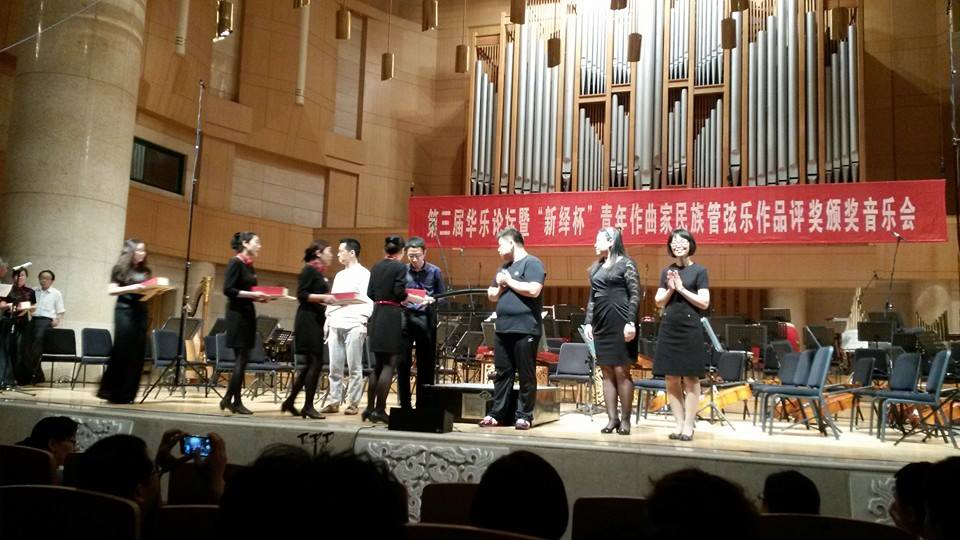 PEK1999a, as seen from the floor of the auditorium during a performance. 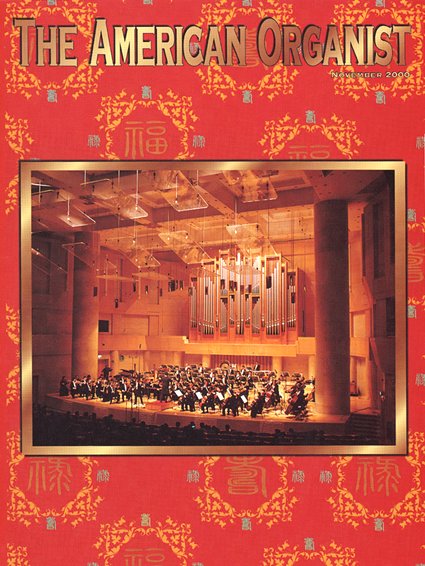 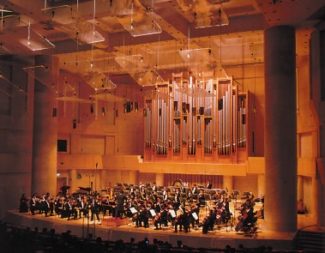