PEK2006 is a small organ built in the 1960s (perhaps) by Oberlinger, and now in the Chapel of the new National Seminary of the Catholic Church in China (often referred to as the ‘Daxing Seminary’, from its location in a southern suburb of the city.) The campus was completed around 2000, but it seems the school did not officially open until 2006.

The specs of the organ are not known to the Project. It appears to be I/4, with divided ranks, a manual/pedal coupler, and an extension in the Pedal for a 16′ Subbass.

The organ is one of the few (and apparently the first) to be relocated from abroad to a church in China. This sensible approach, so much used in Western countries, is difficult to ‘sell’ in China, where newness is everything. According to one source trusted by The Project, the organ was a gift of the German embassy in Beijing.

The seminary has had a rocky history, and in 2010 there was a boycott of the graduation ceremony, leading to the near-paralysis of the school. See: https://www.catholicworldreport.com/2014/07/19/catholic-seminarians-boycott-graduation-from-beijing-seminary/ The present state of the organ is not known.

While this installation was known to the Project prior to publication of Keys to the Kingdom, not enough information was available to include it in the Census (Appendix). 2006 is a terminal date for installation of this organ, which may now be as many as 40+ years old. 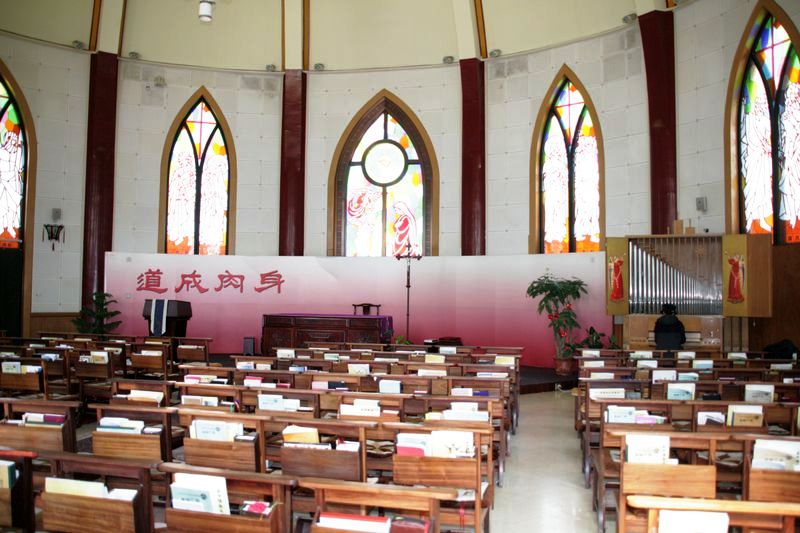 PEK2006 in the circular Seminary chapel. 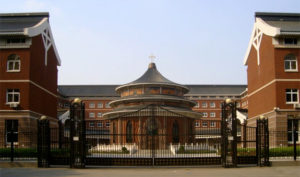 Exterior of the National Seminary of the Catholic Church in China at Daxing. 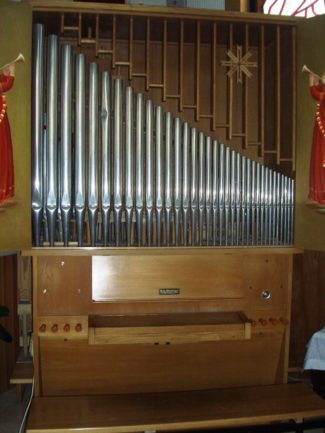