PEK2013 is a II/11 Oberlinger tracker action organ installed in the Central Conservatory of Music, Beijing, in 2013. It is apparently located in a room on the 14th floor of a building, making it difficult to even know about, let alone access, unless one is a student or staff member of the school.

The Gedacktbass and Kleingedackt in the Pedal are borrowed from Manuals I and II, in which case this is really a II/9 practice organ, and the specs are a modification of Oberlinger’s Brendel model (with two taller towers to accommodate larger pipes). It was one of the first pipe organs installed in a music school in Mainland China, and of some historic note as a result.

The Project thanks Prof. Shen Fanxiu for the photos and the information. 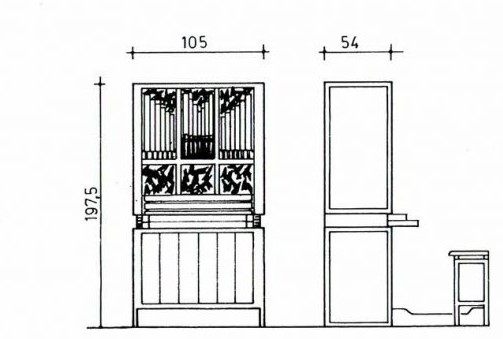 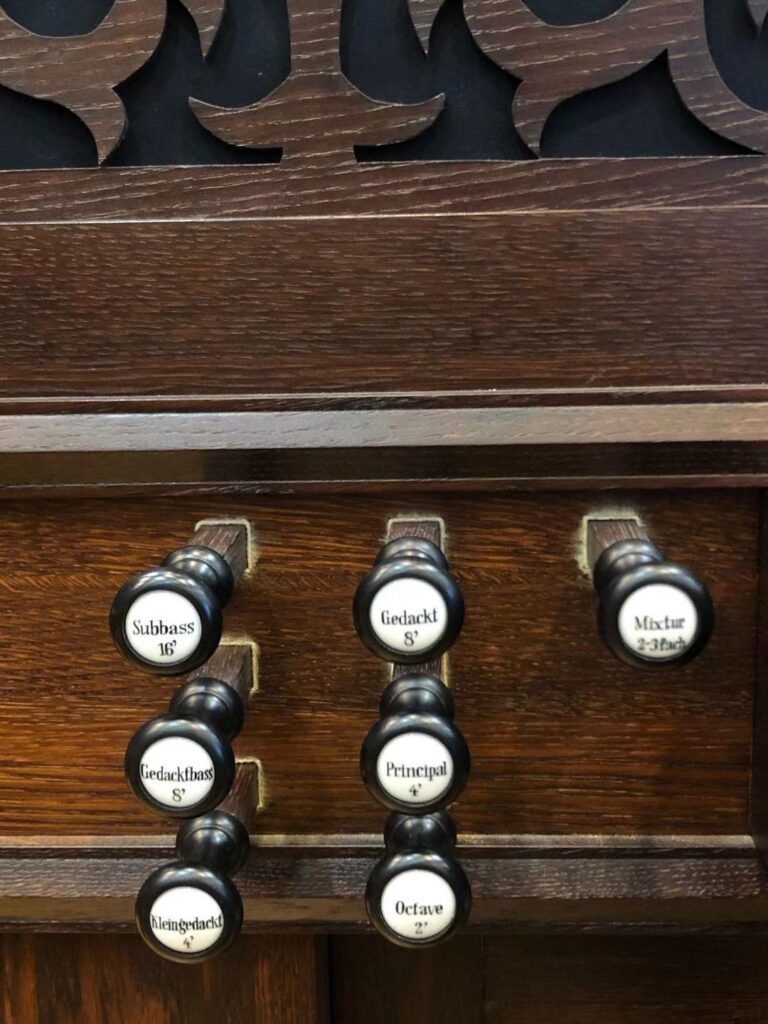 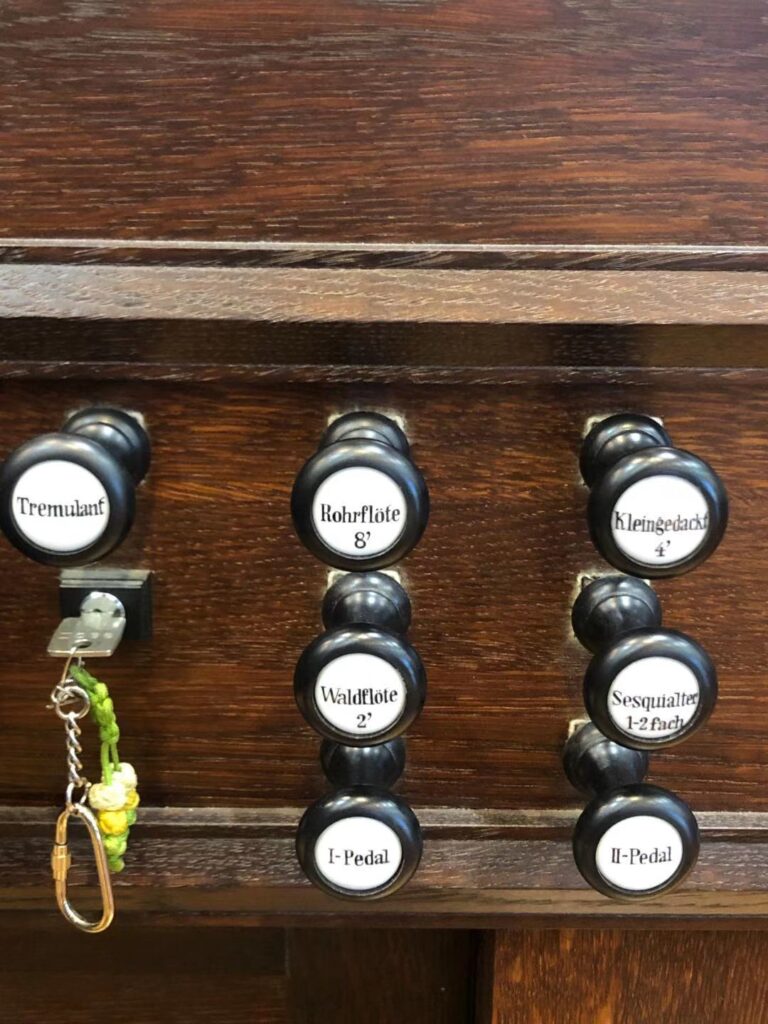 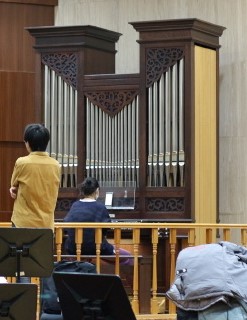