TJN2011 is a three-manual and pedal organ built by Rieger-Kloss for the Church of St. Vincent (now known as the Xikai, or Laoxikai Church) in Tianjin. It was opened and dedicated at Christmas 2011.

The builder’s website does not have a stop list available for Op. 3732. This massively unitized organ (of only 22 ranks) was surveyed for the Project in December 2014 and worked out at approximately 78 speaking stops (the instrument is described by the builder as an 83-stop organ.) The organ actually has 98 numbered stop knobs (see pics), but these include non-organ-pipe stops and effects. The gallery is so narrow, that the pedal board has been designed to fold up when not in use (see pic). 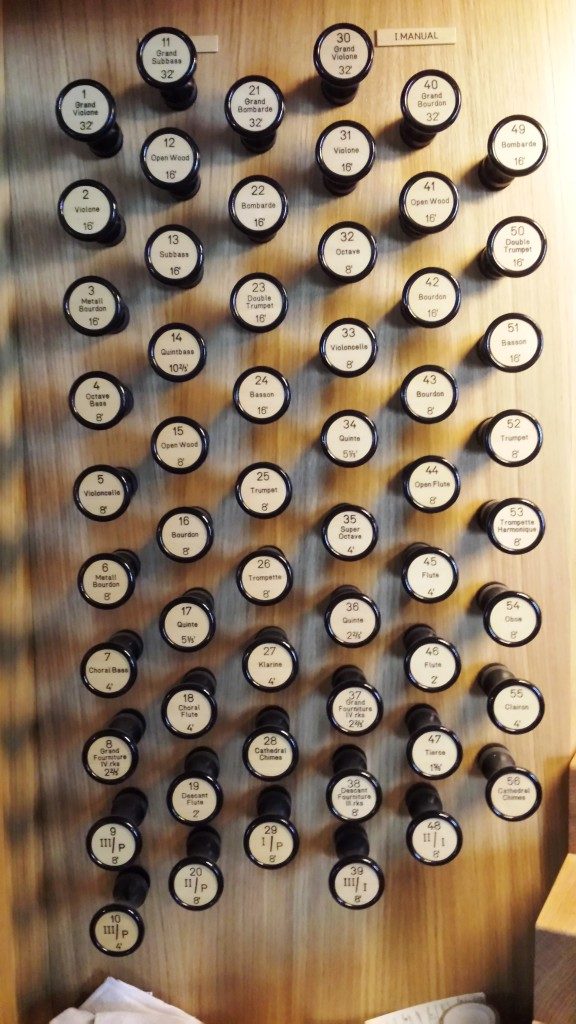 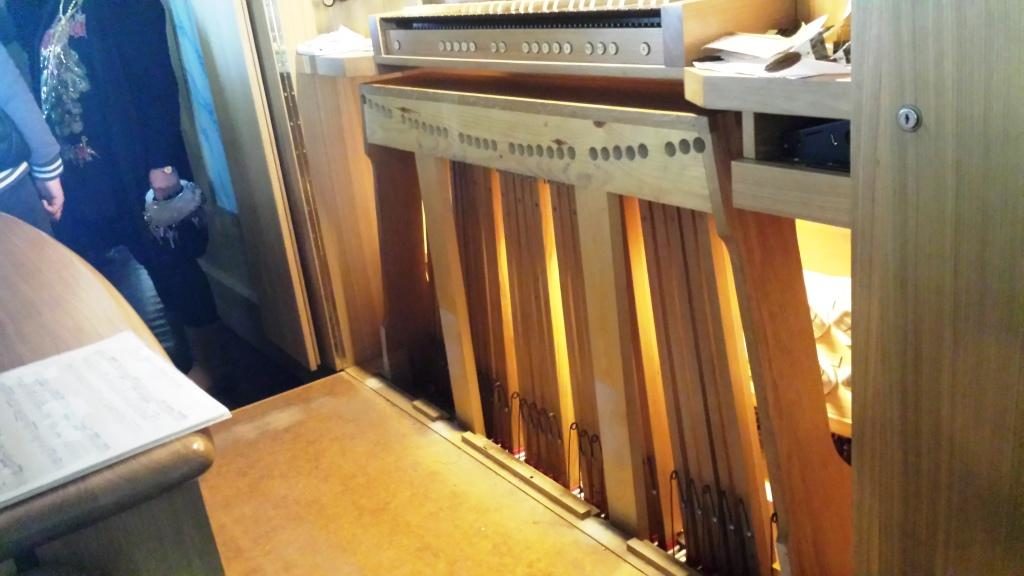 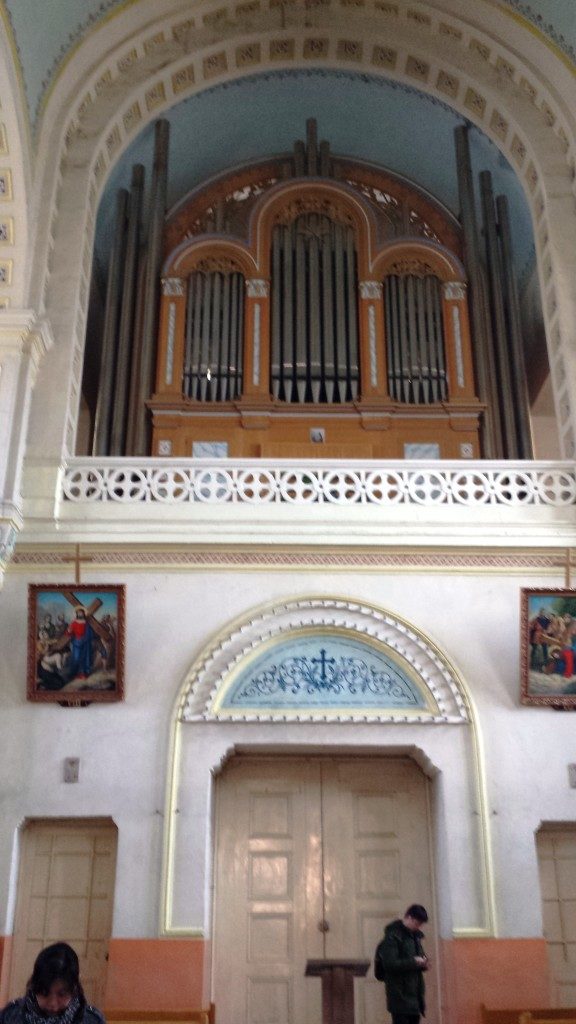 TJN2011 as seen from the central aisle.

An article on the dedication of the organ appeared in the government English-language newspaper, China Daily, and can be accessed at: http://www.chinadaily.com.cn/sunday/2011-12/25/content_14322800.htm 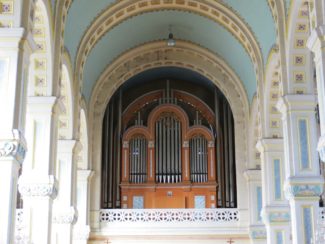