CAN1995a is a two-manual and pedal tracker practice organ commissioned at the same time as CAN1995b for the Xinghai Cultural Center Concert Hall, on Ershatou Island in Guangzhou (Canton). On arrival, it was found too big to fit into the elevator that moved things up to the stage, and was consigned for years to the lobby as a display piece. As with CAN1995b, it was finished in 1995 but delays in Guangzhou meant that it was not installed until March 1998.

In 1999 a Protestant (TSPM) church in Guangzhou asked the Religious Affairs Bureau (RAB) if, to take advantage of the organ’s position, they might hold their services in the lobby of the Cultural Center. The Project understands they were successful.

The stop list for Rieger-Kloss Op. 3682 (the opus numbers of the two Guangzhou installations were inadvertently reversed in Keys to the Kingdom) is:

There are 11 speaking stops, apparently drawn from 7 ranks (as given in Keys to the Kingdom.) As of October 2018 the organ is reported to be in playable condition. The Concert Hall and Cultural Center are no longer directly connected with the Xinghai Conservatory, which has moved to a new campus far outside the city center. 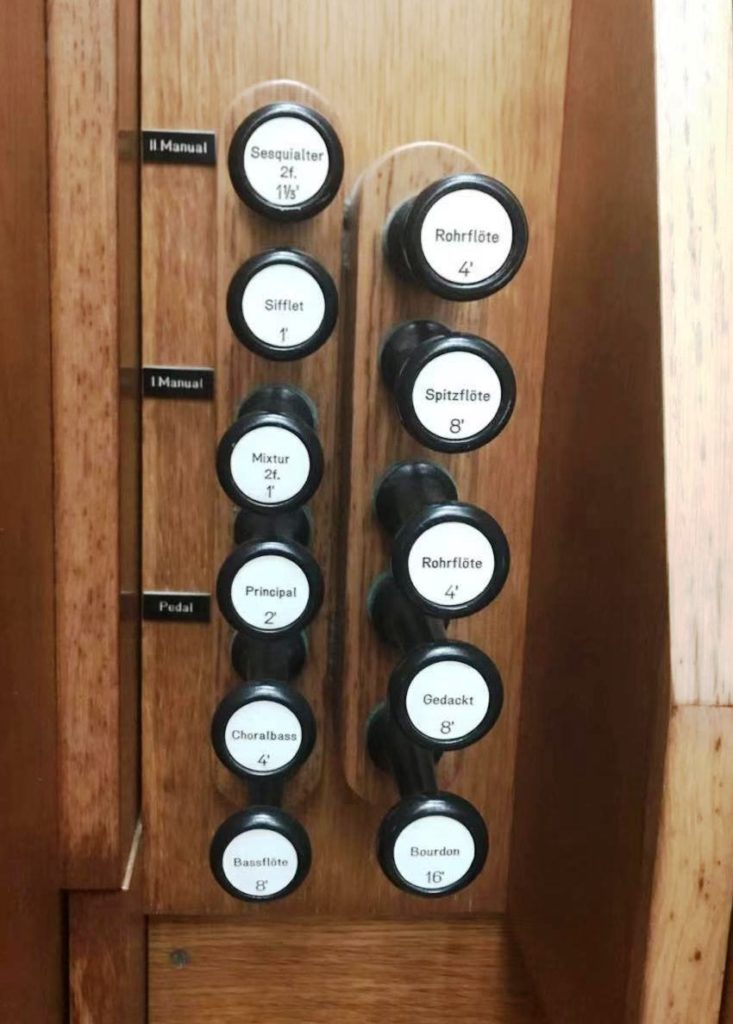 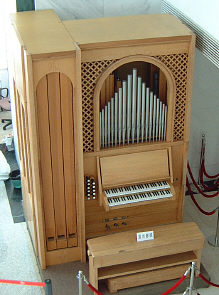