St. Peter’s Anglican Church, West Point, originally established as a seamens’ mission, was opened for worship on 11 January 1872. In (probably) early 1873 it had received a small II/9 organ built by William Hill and Son of London, for which see HKG1872.

For unclear reasons, in 1908 the Hill organ was replaced by a slightly larger II/13 organ built by Henry Speechly and Sons, also of London, and built to a design by a Mr. H.L. Stringer. The dedicatory recital on HKG1908 was played on 6 February by Denman Fuller, organist of St. John’s Cathedral. It is not at present known what became of HKG1872.

Around 1920-21 Blackett and Howden rebuilt the two-manual organ, probably making it fully pneumatic. The church was closed in 1932 (though not torn down until the 1950s), and for a while it used by the Street Sleepers Shelter Society. A land swap was arranged with the Hong Kong Government for the site of the present Christ Church, Kowloon Tong. According to historian Stuart Wolfendale, its stained glass windows, “though one had been given by Sir Paul Chater, were politely declined by anyone else and broken up.”

St. Peter’s was reestablished as a chapel in the new Sailor’s Home and Mission to Seamen on Gloucester Road in Wanchai, and the organ was moved there in 1933, probably with assistance from W.C. Blackett (see photo). It disappeared after the Mission moved its premises in the Mariner’s Club in Kowloon in 1967.  In 2018 plans were announced to demolish the Mariner’s Club and replace it with a new building, works which are ongoing at present. 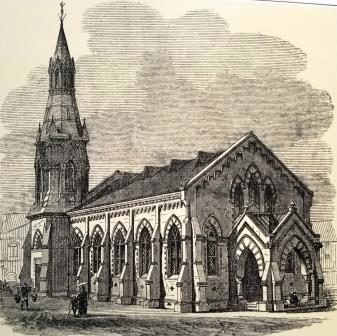 St. Peter’s, West Point, ca. 1910. Note the retaining wall along Des Voeux Road and around the corner and up Western Street. 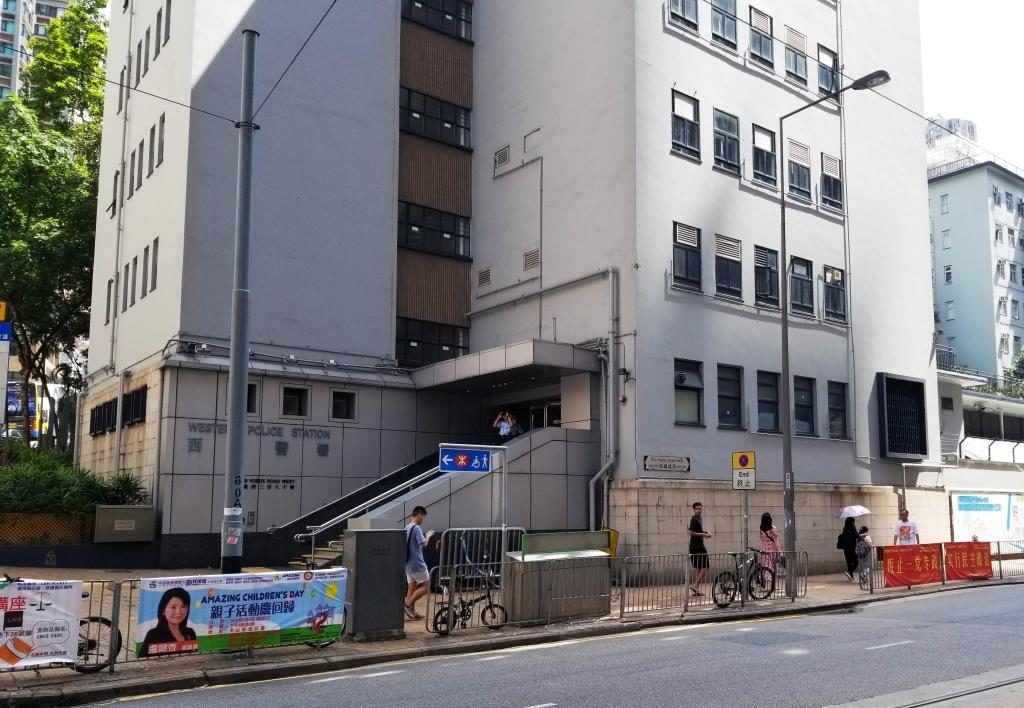 The same corner on Des Voeux Road West in 2018. The stone retaining wall under the right-hand block of the police station is the last remaining bit of St. Peter’s Church.