With 93 real (not just speaking) stops/ranks, HKG1989 is still arguably the largest organ without any unitization, transmission, digital voices, or other ‘dodges’ ever installed in China (although at the time, of course, in the British Crown Colony of Hong Kong.) This is despite the fact that it is now almost 30 years old (see illustration from Rieger’s website).

The specs may be accessed at: http://www.rieger-orgelbau.com/details/project/Hong_Kong_Cultural_Centre/

Although this enormous organ was (sensibly) wired for a separate electric action console on the stage, the budget for this was unaccountably cut at the last minute, and the important second console was never installed. This had made it difficult to use the organ with an orchestra or ensemble on the stage, far below the ‘crow’s nest’ tracker console, not to mention the very heavy action experienced with all manuals engaged.

Rieger’s earlier installation in Hong Kong is HKG1986, at the Concert Hall of the Hong Kong Academy for Performing Arts. 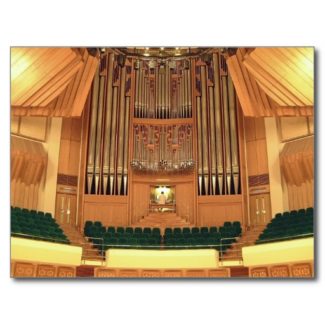