A positive organ (the first Western pipe organ in China), commissioned in the summer of 1599 by Matteo Ricci SJ (1552-1610) as a gift for the Wanli emperor.

Ricci entrusted the project to Lazzaro Catanneo SJ (1560-1640), who arrived in Macau at the end of August 1599 and then left for Nanjing in mid-October – before the organ was completed. As a result of delays, it was not included among the gifts taken from Nanjing to Beijing in May 1600. According to the Rector of the Jesuit College in Macau (St. Paul’s), Manoel Dias the Elder (1549-1639): “Fece fare anco organi per dare al Re, ma arrivorno tardi e così restorno in Nanchino”. (An organ was also made for the King [sic.], but it arrived late and as a result had to remain in Nanjing.)

In April 1617, the organ was seized during the ‘Nanjing Incident’, put up for auction, and sold to an unknown buyer.

Although the specs have never been discovered, because of its possible relationship to MAC1601, as well as Catanneo’s likely knowledge of the Italian organ building traditions established by the Antegnati family, the Project has proposed the following hypothetical specs: 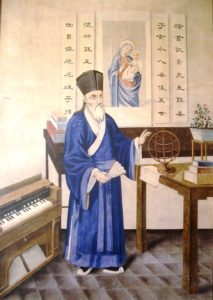 Matteo Ricci, as seen through early 20th C. eyes, with an anachronistic harmonium (painted at the Jesuit orphanage at Tushanwan, Shanghai, for the Panama-Pacific Exposition, 1915.) 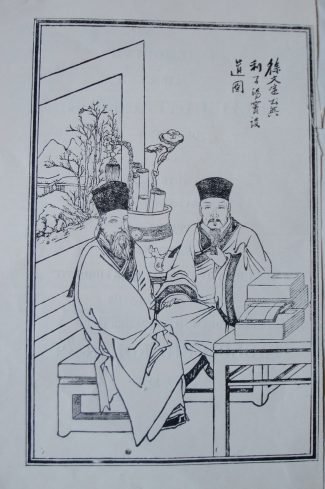