As seen in the main picture, which shows the back of the famous facade, the roofline of the actual church was lower than the facade’s highest point (this can be gauged by the three beam holes which form a triangle in the apex.) This in turn gives some possibility of eventually calculating the maximum height of the organ case. The three windows mentioned by Montanha are also quite obvious. (For an interesting discussion of the damaged cause in the 1835 fire which destroyed the church, see: https://southchinaenvir.com/historical-perspectives/historic-fire-effects-on-the-granite-wall-of-st-pauls-church-macau/ )

It is not known if this organ was the same as MAC1709 (and/or earlier organs described in this church.) The Project has put forth the hypothesis that these organs may have been made in Manila. 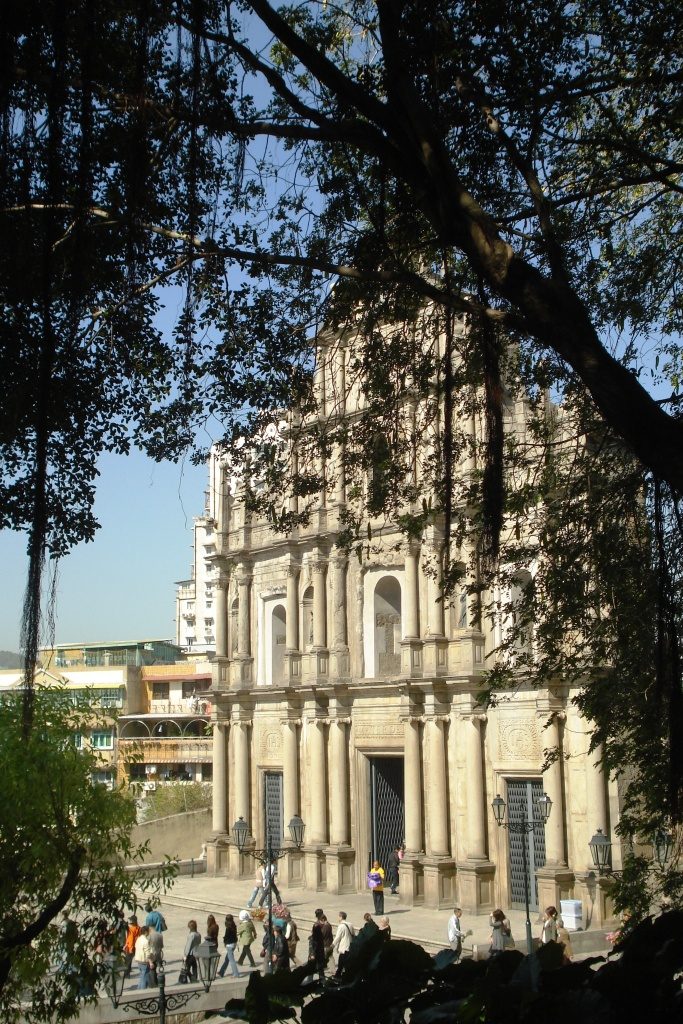