The second (and smaller) of two organs in the gallery of the Church of Madre de Deus (St. Paul’s), Macau, mentioned by the Jesuit José Montanha (1708-64) who visited in 1743. (For the larger organ see MAC1743a). It is not known at present what the connection may have been between these organs and earlier organs mentioned in this church.

What is intriguing here is not that there were two organs in the church – Madre de Deus was, after all, one of the Jesuit mission’s greatest architectural achievements, a veritable showpiece of the early Baroque in China – but that this arrangement reflected a much older continental European tradition of a large gallery organ, complemented by a ‘chair’ organ (a term corrupted in English to ‘choir organ’) which was not attached mechanically to the larger division.

Where these organs came from is not known, but the contemporary activity in the Spanish-ruled Philippines is suggestive, and the Project has put forth the hypothesis that they were made in Manila. 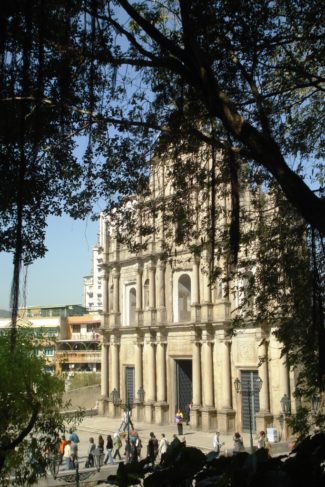