A positive with two ranks (one open, one stopped) made for the Kangxi emperor in 1679 by Tomás Pereira. This organ was built to replace PEK1671, and was made in three examples.

Pereira wrote in 1681 that “we made some curious and scientific things (which the Emperor has deigned to praise) among which is an organ with two ranks of pipes, that is two organs [registers] joined in one which was made by a Father here [Pereira refers to himself the third person] and which much pleased the emperor; also a harpsichord made by the same Father.”

Another Beijing Jesuit, Filippo Grimaldi, reported that “after some months had passed [after an earthquake on 2 September 1679] the organ [PEK1679] commissioned by the Emperor was finally finished to perfection in every detail, which itself had (as they say) two registers, one of open pipes and the other stopped, in total ninety pipes. It was then taken over to the palace, and presented to the emperor.”

This description conforms to a 45-note, four-octave (C/E-c3) keyboard – the standard for its time – with a short octave in the bass. It is likely that this ‘processional’ style organ had a stopped 4′ rank and an open 2′ rank (or, if a larger positive, a stopped 8′ and open 4′.) 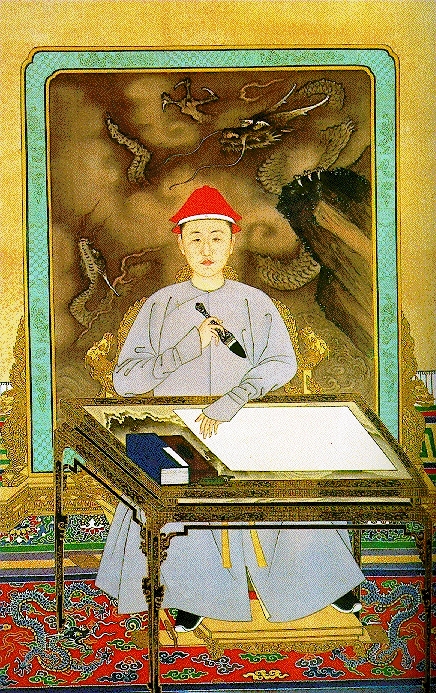