An organ built in 1679-80 by Tomás Periera for the Nantang (South Church, Church of the Immaculate Conception) as part of a program of renovations carried out in the 1670s by Pereira and Filippo Grimaldi (1638-1712).

The organ was installed in the SE tower of the church, in a small chamber of less than 5m2, and contained three full-compass stops and a series of ‘traps’:

It is not known if the “vozes humanas” was an undulating, Italian-style unda maris type stop, or a reed stop. Ferdinand Verbiest (1623-88) claimed that the organ had “two hundred pipes”. If so, it is more likely that the vox humana was a 2-rank stop.

PEK1680 is the most extensively documented of the pipe organs of the Baroque era in China. It later acquired barrel mechanism for automatic playing; and was rebuilt and enlarged by Pereira and Leopold Liebstein (1667-1711) between 1705 and 1711 (Pereira died in 1708) for which see PEK1711.

The organ, and its barrel-driven player mechanism and animal effects seem to have been taken directly from Athanasius Kircher’s Musurgia universalis (1650): 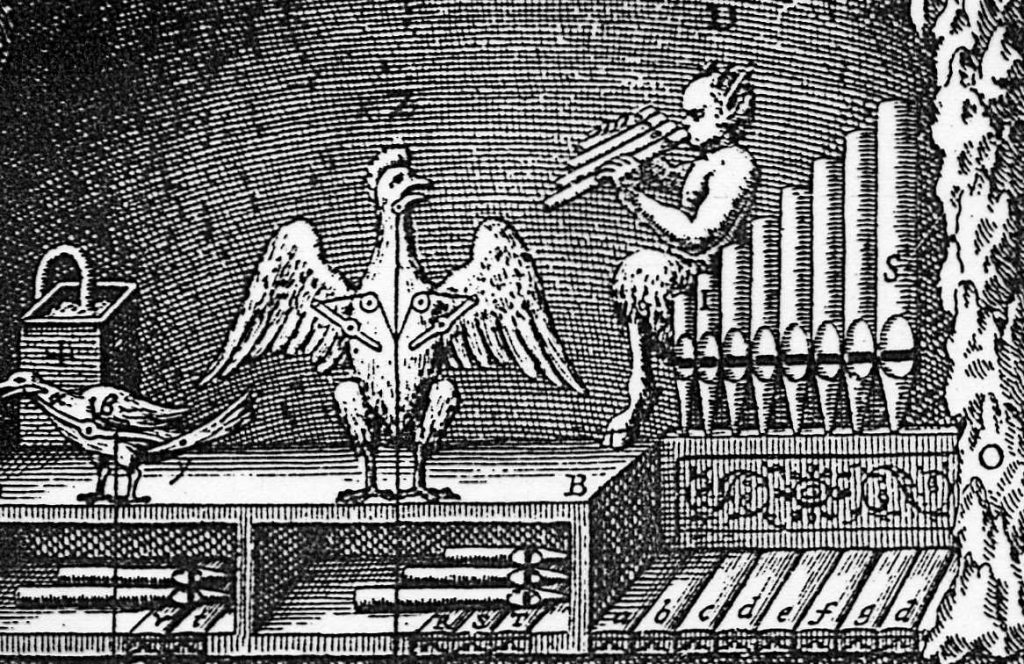 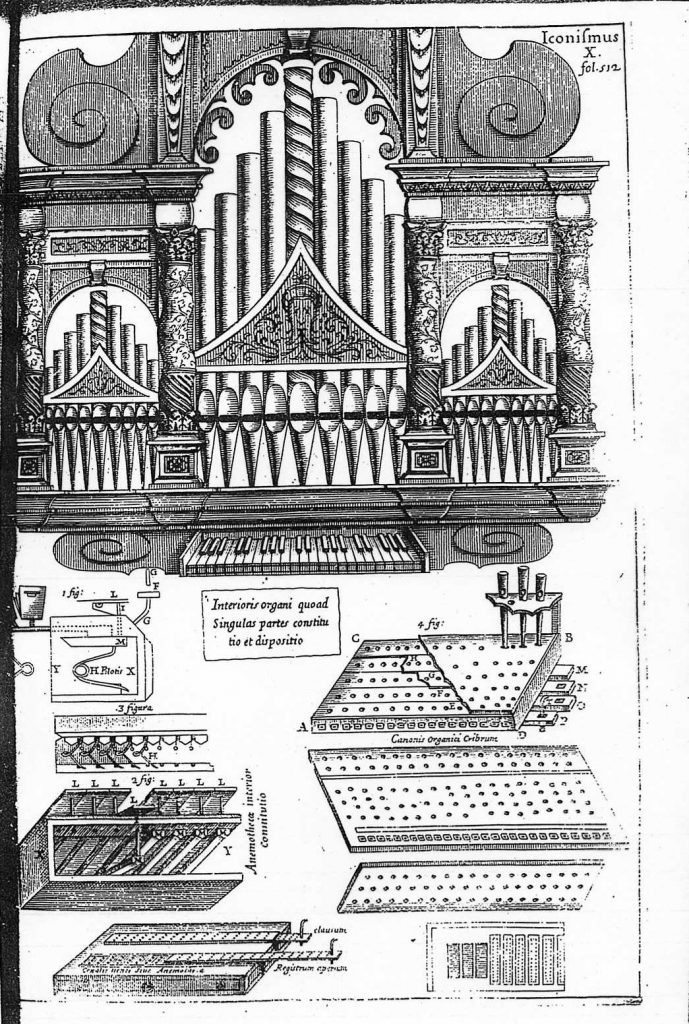 One manual organ from A. Kircher, Musurgia universalis. 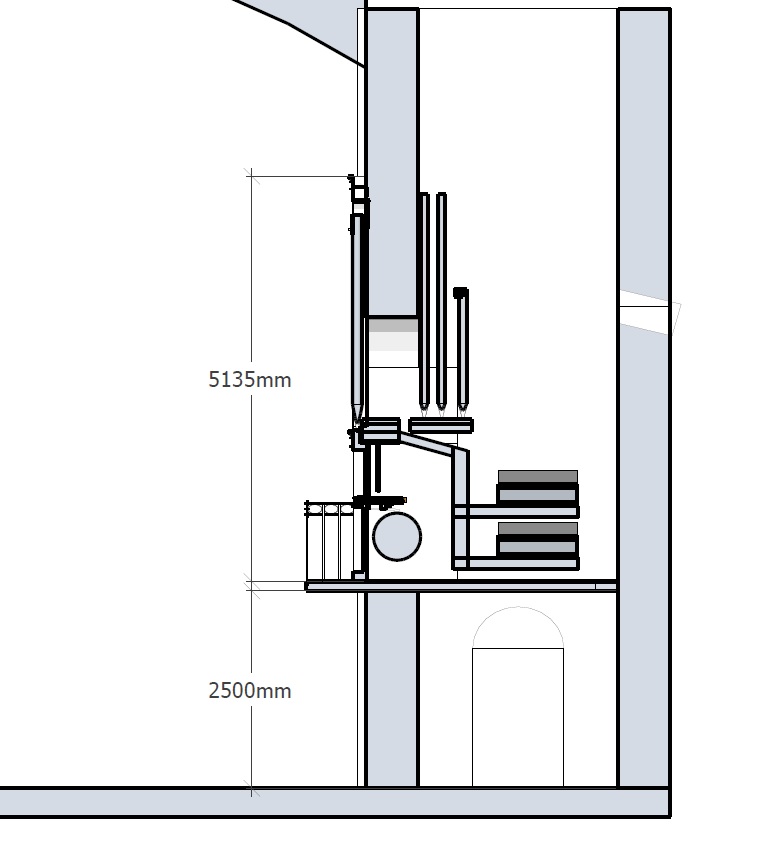 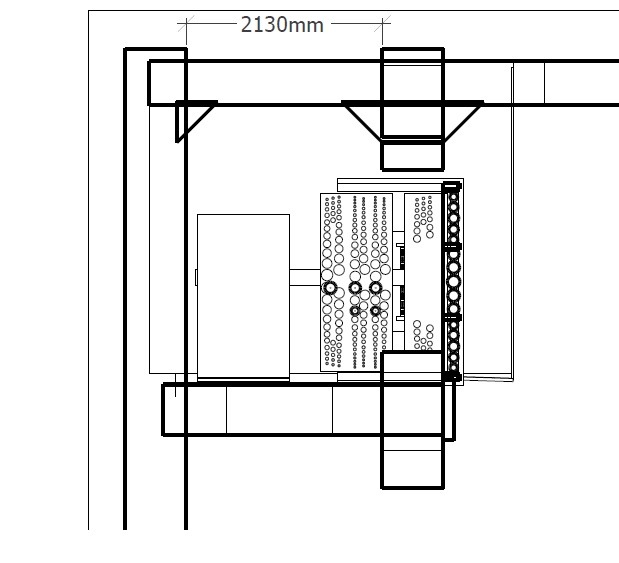