Work on the Nantang (South Church) began in 1705, and was continued after the death of Tomás Periera in 1708 by his colleague and protégé, Leopold Liebstein (1667-1711). Liebstein then died in April 1711, just as the renovations were coming to an end.

It appears that these renovations included adding additional stops, and moving the bellows and the barrel mechanism to the ground floor of the church to make room for a larger soundboard in the organ chamber, still in the SE tower of the church; and also the addition of six decorative pipe cover doors painted (with, no doubt, permission of the Kangxi emperor) in imperial vermillion.

While it has not been possible (yet) to reconstruct all the events, it appears that the organ and the church were dedicated shortly before an ecumenical service was held on 22 April 1712 to honor the emperor’s birthday. According to the painter Matteo Ripa, it was attended by “the mandarins of the Tribunal of Mathematics [i.e., the Astronomy Bureau]”, there was a display “on a table decorated with flowers and candles” of new calligraphic tablets for the church’s exterior in the emperor’s own hand, and the Jesuits “recited with the Christians, in view of the pagan mandarins, many prayers led by a priest in vestments with a cope” (Matteo Ripa, Giornale, ed. Michele Fatica, vol. 2 (Naples: Instituto Universitario Orientale di Napoli, 1996) 63.)

It seems further likely that this was the occasion upon which the organ was seen and heard by the Korean diplomat, Kim Changop (金昌業, 1658-1721), whose brother, Kim Changjip (金昌集, 1648-1722) was the official envoy to China from the Joeson court. Kim Changop is recorded as having written that:

“There are two levels of red doors set into the eastern wall [of the Nantang].  Two ranks of pipes are on the upper level, and four at the lower, and they open in sequence. [These are] some cylindrical tube-like structures of various sizes like pillars or beams, [which] are placed upright, standing together the one next to another.  All of them are painted gold or silver.  On one side a metal board is installed horizontally with numerous stops, on the other side [i.e., at the top of the façade] is a board in the shape of a fan [a sundial, made by Filippo Grimaldi].  The cardinal points and the twelve [double] hours are engraved on it.

“Shortly after this, when I saw the shadow cast by the sun fall onto the engraved plate, then the various-sized bells of the carillon [a clock-carillon, built by Tomás Pereira in 1677] on the platform [of the south-west tower] struck four times respectively, and the large one in the middle [struck] six times. Barely had this peal of bells died down when suddenly the sound of a gust of wind emerged from the inside of the arch by the [south-] east door.  It sounded like many wheels moving together.  Then music was played, it was [like] the sound of string and wind instruments.  I didn’t know where it was coming from. The official who interpreted said that it was Chinese music.  After a long while it stopped, and then another melody was played.  This was like the one I heard while paying obeisance and offering congratulations to the Emperor. [The interpreter] indicated, ‘This is Manchurian music.’ It stopped after a considerably long time, and then yet another piece with a fast beat was played, and the interpreter pointed out, ‘This is Mongolian music.’ The music then stopped completely and the six ranks [of pipes] shut [down] automatically on their own. Tomás Pereira, a Western envoy [i.e., missionary], built it.

“The sound of ‘a sudden gust of wind’ and the ‘moving wheels’ was caused by the wind in the wind trunk which was covertly connected with the bellows, [which were] made to blow the air as if by mouth. And when the organist started playing, the wind entered the channels, the trackers rotated, and the reed tongues [pallets?] opened. All the [pipes above the] openings were making sounds together.  Concerning the design of the bellows, the material is stitched together from five pieces of calfskin, and is smooth like a silken bag. Hanging from the beam of the room was a long thick fabric rope like [that of] a huge bell. Two people were needed to grasp the rope tightly, and jumped up, letting their bodies hang in the air like [sailors hoisting] a sail. Then they stepped onto the bellows to compress it. Swollen in the middle, it [was] filled with air which was then driven into the wind trunk. The next thing was to press the keys to shut [sic.] the openings, and as the air had nowhere to escape it hit the mouth of the flue pipes. One after another of them were struck, and all produced musical sounds. Today, I can describe [only] a little of it, yet I still cannot tell the whole picture of its subtle magic. If this can be funded by the government, perhaps it can be made [in Korea].”

The Project believes that Kim equated the number of doors on the façade with the the number of ranks, which was doubtless larger than six, but that is the only number that has been uncovered so far.

Kim Changop’s account is known today only through its citation in a record of a three-month visit to Beijing in 1780 by Park (Pak) Chiwon (1737-1805) in his Jehol Diary [Yŏrhailgi.］See: Database of Korean Classics,  http://db.itkc.or.kr/index.jsp?bizName=KO&url=/itkcdb/text/nodeViewIframe.jsp?bizName=KO&seojiId=kc_ko_h010&gunchaId=av011&muncheId=08&finId=172&NodeId=&setid=671233&Pos=0&TotalCount=1&searchUrl=ok 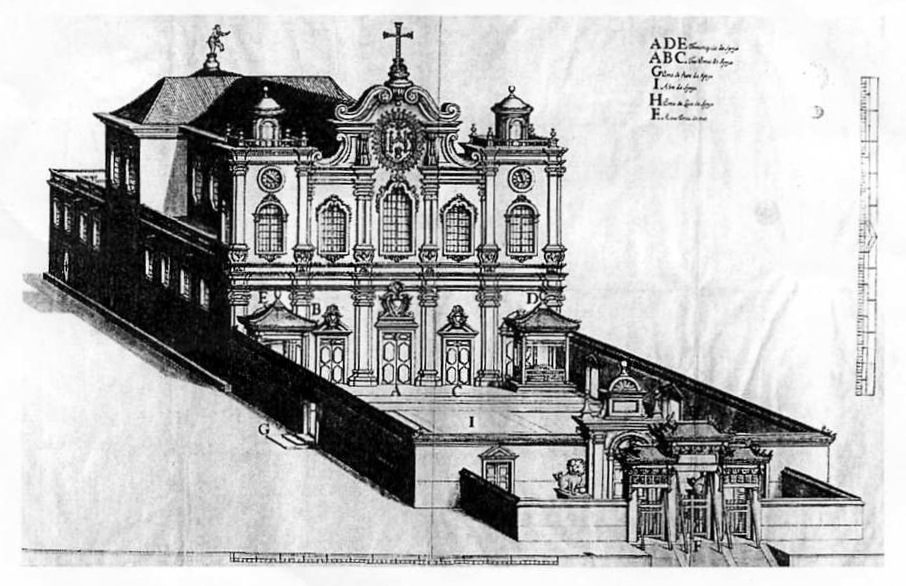 The ‘Lisbon’ drawing of the Nantang (the date is still a subject of some controversy.) 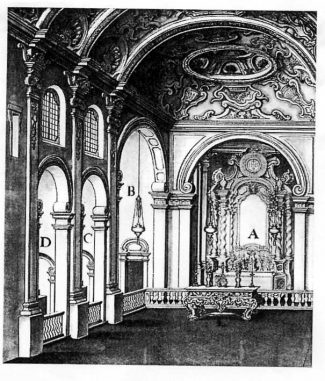