The last of Teodorico Pedrini’s pipe organs, finished in 1719, a normal chamber organ of the large positive design. Pedrini described it to his superior, Luigi Appiani, as follows:

“Your Lordship will have heard the story about the organ [PEK1719]: here it is anyway in a few words. The organ has four stops which is sufficient for any church you like in Beijing, but is even more beautiful than those of Europe, as all the façade pipes are decorated with gold flowers on black lacquer [vernice negra], and it is moveable [portatil, not a portative], to the extent that it was removed from my house to the Chang Chun Yuan [暢春園] palace and thence to the [imperial] palace in Beijing. It was offered to the Emperor [Kangxi] on the day of the third day before the Vansceu [萬歲, birthday (lit., ‘ten thousand years’)], when truly his Majesty was very busy…it is very large; it stands eight ci [ca. 2.5m] high, [and] there was no way I could move it myself [to the palace].” (Letter of Teodorico Pedrini to Luigi Appiani, 15 September 1719. Original now in the Archivio Secreto Vaticano, Fondo Albani vol. 255, 141v (139r-144v.))

This organ has been the topic of much confused comment, and requires some explanation.

1. The Chang Chun Yuan was a garden palace located slightly north of the village of Haidan, immediately west of the present-day campus of Beijing University (see main picture and map.) This was Kangxi’s favorite retreat, where many of his ‘lessons’ with the Jesuits took place. It should not be confused (though it often is) with the later Chang Chun Yuan (長春園) at the Yuan Ming Yuan.

2. The remark, “sufficient for any church you like in Beijing” (bastante per qualsivoglia delle Chiese di Pekino), appears to be a ‘potshot’ taken at the Jesuits and the elaborate rebuilding of the organ at the Nantang seven or eight years earlier (PEK1711).

3. There is simply no evidence, in the opinion of the Project, to support the erroneous idea that this organ was built for, or eventually wound up in, the Beitang (North Church, completed in 1703.) 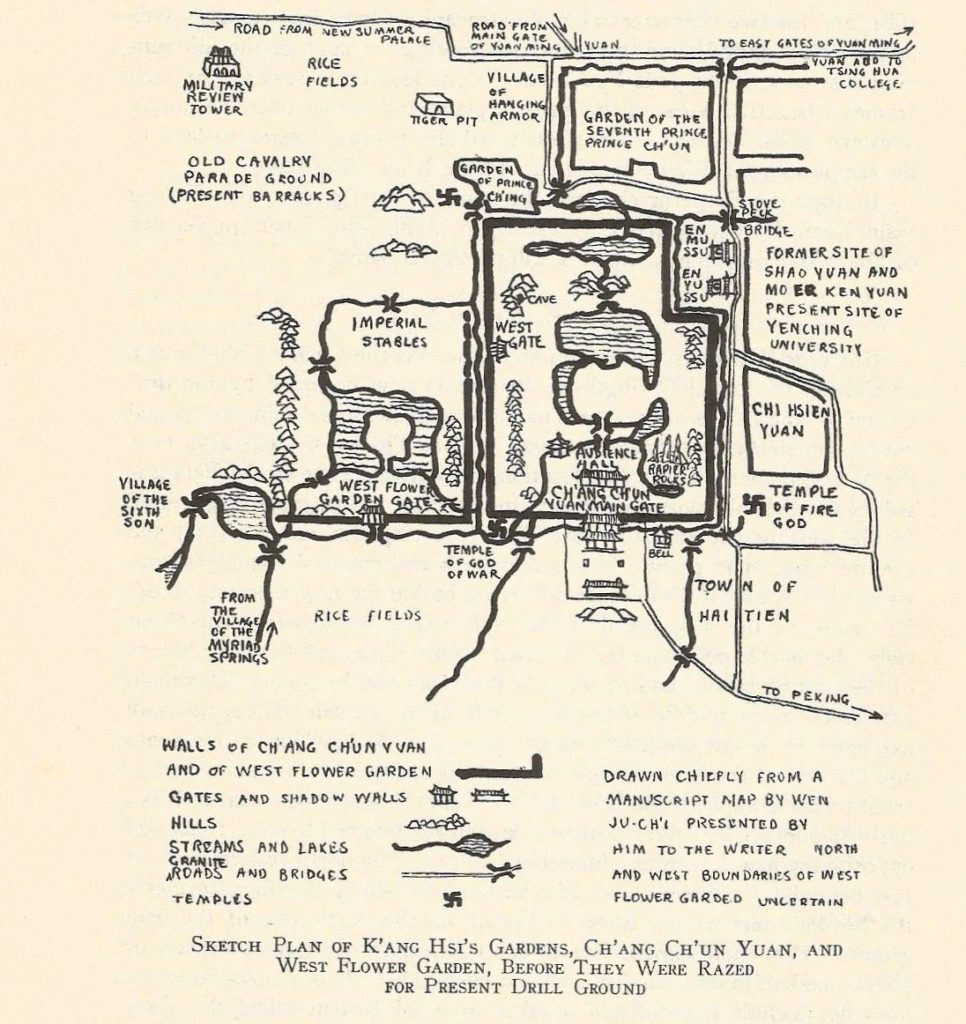 Map (from Malone) showing the location of the Chang Chun Yuan. 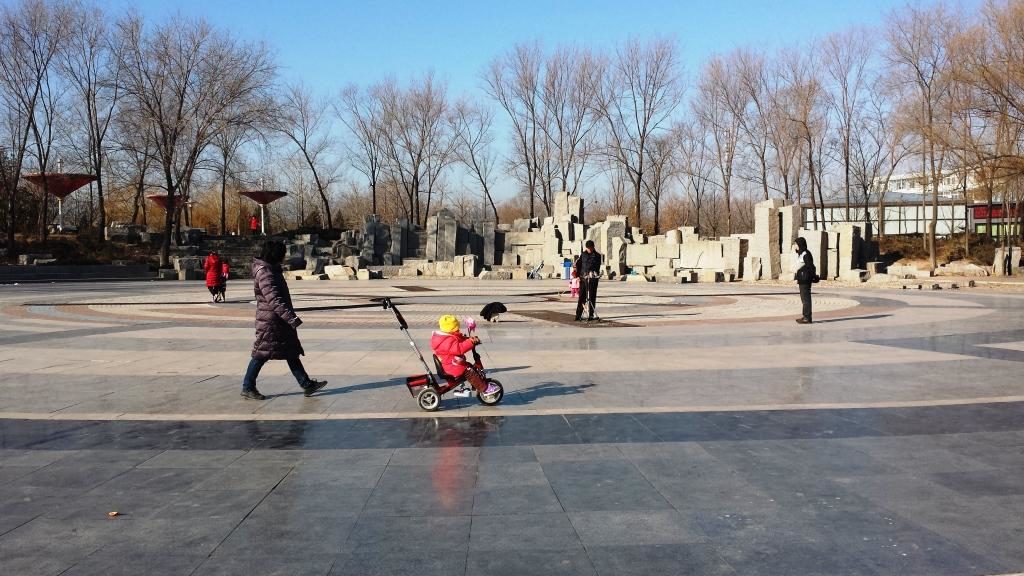 Approximately the same view in 2014. (The lake has been filled in.) 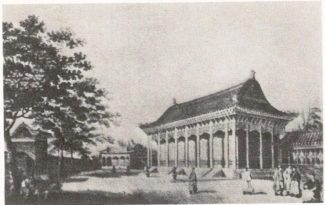