In 2012 a second-hand Rieger-Kloss pipe organ with two manuals and pedal was installed in the Dongtang (Church of St. Joseph) on Wangfujing, the popular Beijing shopping street. The church building dates to 1904, when it was built to replace a church destroyed by the Boxers in the summer of 1900.

This instrument (Op. 3710) had originally been built in 1998 for a ‘millenium exhibition’. At the time that Rieger-Kloss’ TJN2011 was installed in Tianjin’s Laoxikai church, the Bishop of Beijing found out about this organ and bought it at a ‘reduced price’ for the Dongtang.

The Project surveyed this organ in May 2013, but was unable to play it because The Man with the Key was not there. It seems a few of the stops may be unitized.

In the text of Keys to the Kingdom, this organ is given as PEK2011 (p. 317), but it seems it was not actually installed until sometime in 2012. It is cited correctly in the Census (Appendix). Nonetheless, the organ ultimately proved unsatisfactory, and in 2016 it was replaced by a 23-stop Casavant unit organ (see PEK2016b). It is believed that PEK2012 was moved to one of the Roman Catholic seminaries in the greater Beijing area. 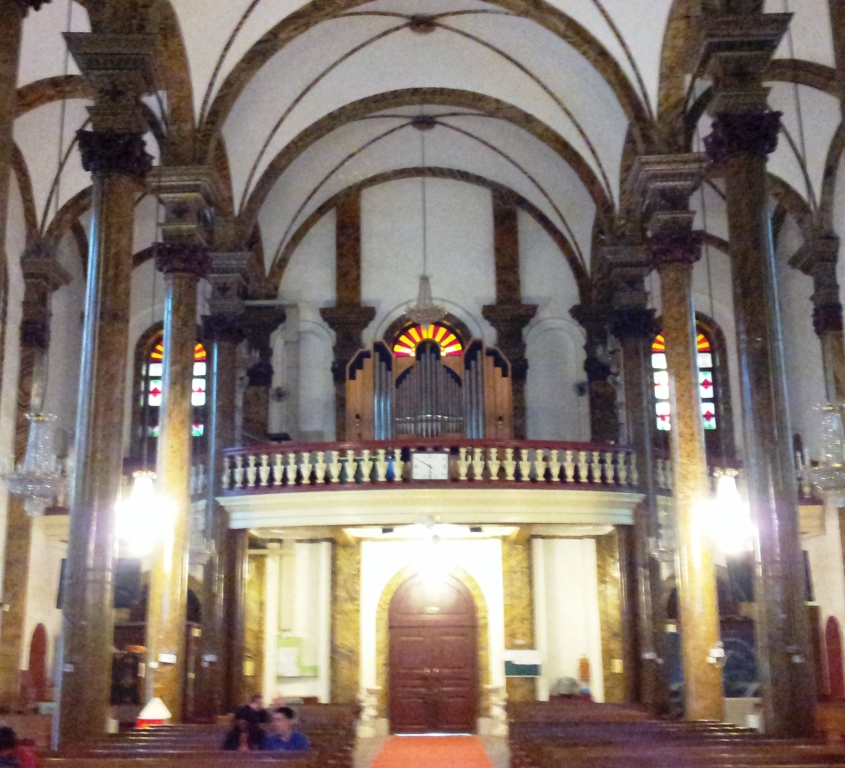 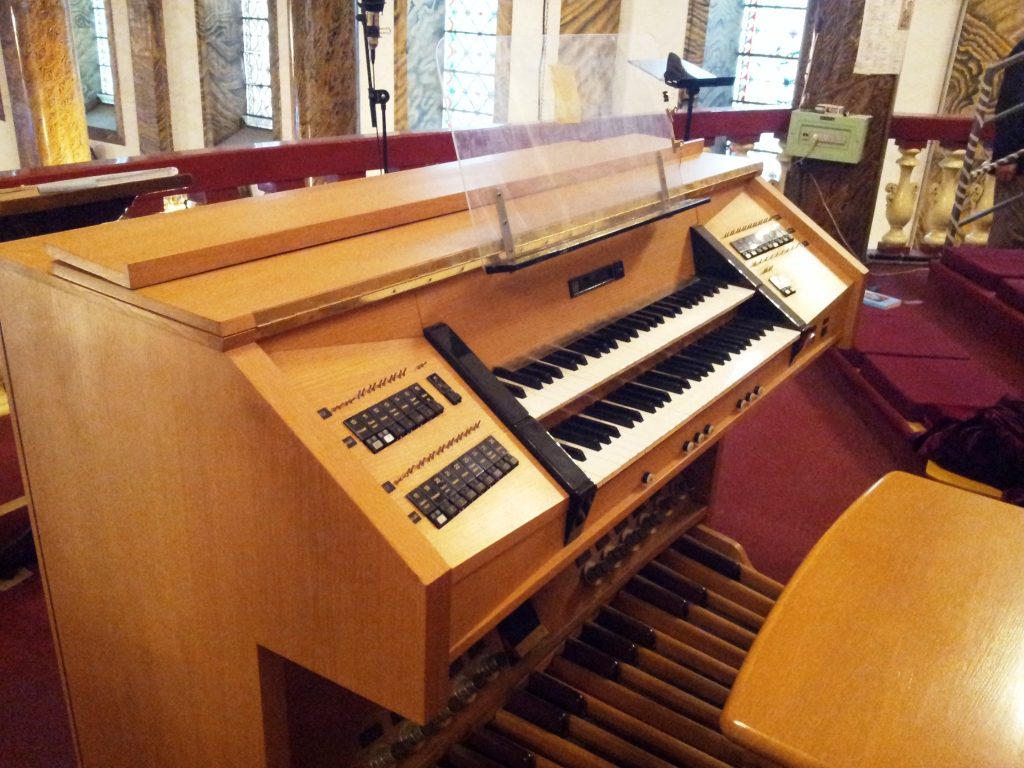 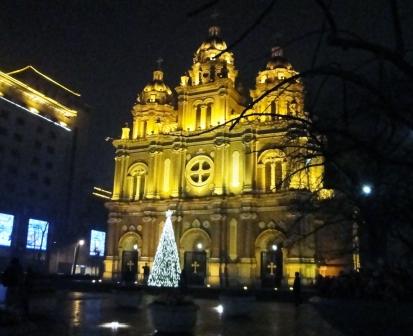 The Dongtang by night, Christmastime. 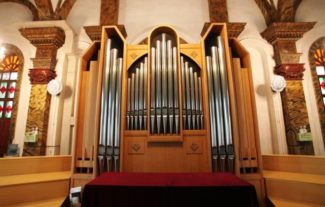