In 1861, in the aftermath of damage caused during the Taiping Rebellion, Br. Léopold Deleuze rebuilt SHA1857 (‘The Bamboo Organ of Tungkadoo’) and added a seven-stop Swell division. The precise specs of this rebuild are not known.

The organ was further repaired in 1879 (after Deleuze’s death) by Fr. François Ravary (see illustration), and some “new ranks” were added, although it is not known how many of these there were.

For the final rebuilding of this organ, enlarged by Ravary to a 24-stop, three-manual instrument, see SHA1881. 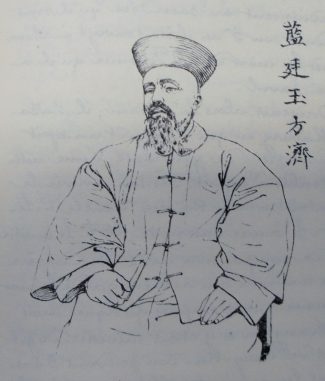