The American Protestant Episcopal Mission arrived in Shanghai around 1845 and built a church in the Chinese city (Christ Church), dedicated in 1850; and in the American Settlement in Hongkou (Hongkew), the Church of Our Savior was finished in 1853/54. SHA1865 was probably purchased for the church from the Philadelphia organ builder, Henry W. Knauff, Sr., just before the outbreak of the American Civil War in 1860. When Keys to the Kingdom was published in 2017, little else was known about this installation beyond a report in an 1884 installation list published by the builder’s firm (by then, Henry Knauff and Sons.) However, the discovery of a letter written in April 1865 to the American Episcopal China missionary, Rev. Edward W. Syle (1817-90), by one of his catechists, explains the story of the reorganization and rebuilding of the church at that time: “The organ obtained through your exertions, was taken down from the gallery, and placed on the new platform near the vestry room.” (see:  https://openresearch-repository.anu.edu.au/bitstream/1885/11074/42/Welch_PEC2013_Pt21.pdf)

The North-China Daily News (28 April 1883, 391) reported that SHA1856, by now in the Masonic Hall, was transferred to this church at that date. But it seems that some sort of misunderstanding led to this (false) report about the older instrument’s new location.

The original Church of Our Savior was replaced by a new building in the 1920s, but it is not known if the old organ was moved at this time. A photograph of the original church, taken around 1890, can be found here: http://findit.library.yale.edu/catalog/digcoll:994242 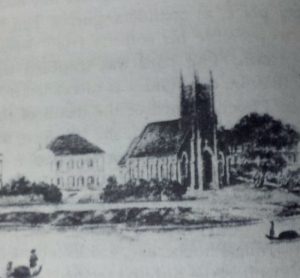 The first Church of Our Savior, Hongkou, Shanghai, ca. 1860s. 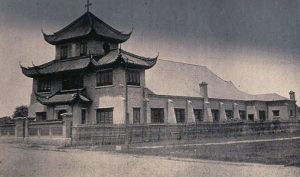 The second Church of Our Savior, Shanghai, ca. 1928 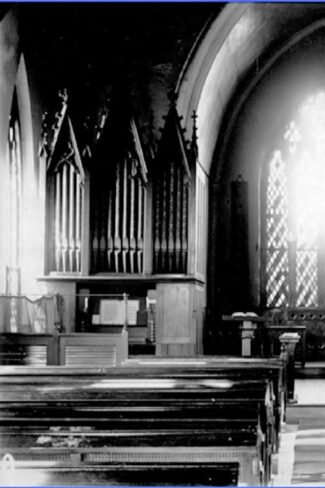