Little is known about this installation, a medium-sized organ in St. Peter’s Church. This Modern-Byzantine structure was the collegiate church of Aurora (Zhendan, 震旦大學) University, founded in 1903 by Ma Xiangbo (馬相伯, 1840-1939) and French Jesuits.  The dedication occurred on 29 October 1933 but the organist, a Mr. Lazaro (probably from the Sam Lazaro music company, see ad below) played a harmonium “because the organ is still under construction.”

No other details about the organ are available at present, only a photograph (really a snapshot) survives which unintentionally shows the organ gallery with two separated chests, each with three pipe flats, on either side of a large circular window (photo from:  http://www.virtualshanghai.net/Asset/Preview/dbImage_ID-391_No-1.jpeg). This suggests at least a two-, and perhaps a three-manual instrument (the console appears to be placed in the center of the gallery.) If not built by Sam Lazaro, it was probably imported through them (characteristically, a Catholic church was doing business with a Catholic firm.)

Like virtually all of the organs in China it was destroyed in the Cultural Revolution. In her 2007 book, The Victimized, Mary Qian described the whole scenario:

The Red Guards shut down and tore apart churches, temples and all other worship places and occupied them for other uses…Pipe organs were destroyed or robbed [sic.]. It was said that two of the best pipe organs of the Catholic Church in Shanghai were stolen by two different music academies. The pipe organ in St. Peter’s Church was broken instead of being taken away. We found it irreparable when we restarted our church choir in the early 1980s.

The Project is unsure about the claim that two organs in Shanghai were taken by music schools, and believes this is an iteration of the ‘organ-in-storage’ trope which has gained momentum since about 2000 (see FAQs). For the involvement of students from Shanghai Conservatory in this period, see SHA1934a.

The church was returned in part to the Diocese in 1984, and the whole property turned over in 1994. In April 1990, Prof. Urrows saw the church from a taxi headed to Hongqiao Airport, but could not get the driver to stop to let him investigate. The original church was subsequently torn down in January 1995 as part of a road-widening scheme, and an uninteresting semi-facsimile building was built somewhat to the west of the original site. On page 261 of Keys to the Kingdom, this organ is incorrectly cited as SHA1934. It is correct in all other places in the book. 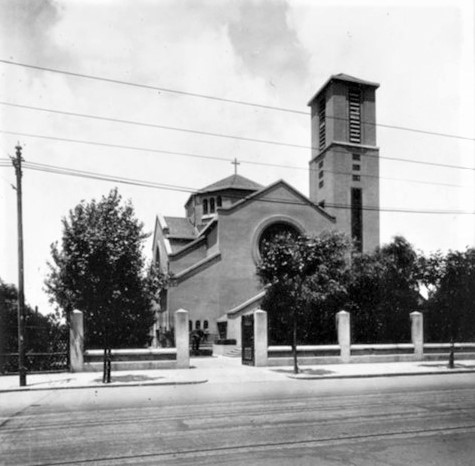 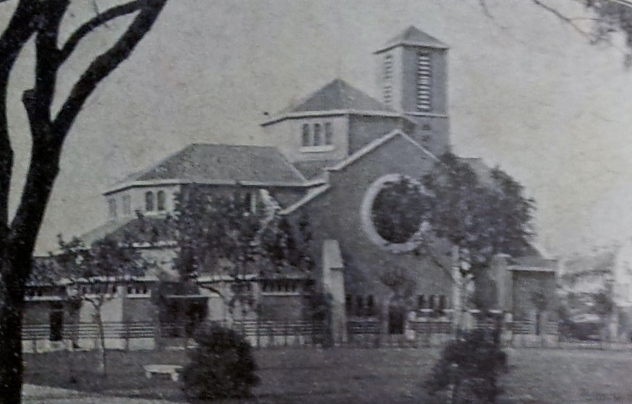 St. Peter’s, Aurora University, at a later date, note the expansion of the east transept. 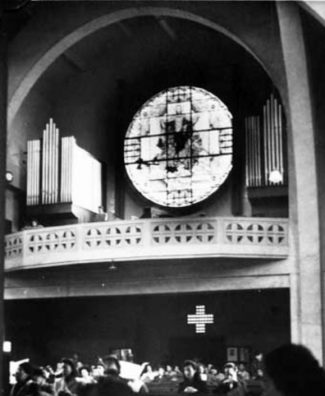