Simultaneously with SHA1934a, Austin built a smaller II/16 organ for the Christian Science Church of Shanghai (SHA1934b). This was the first (and perhaps only) Christian Science church erected in China, a striking semi-circular Neo-Classical building on the corner of Avenue and Kiaochow Roads, designed by Elliott W. Hazzard (1879-1943), an American architect working in Shanghai. The interior of the building, seating about 275, was thus ‘fan-shaped’ to fit the unusual plot. There were only 10 ranks in this unified and duplexed instrument, all under expression in a swell box.

The church and organ were dedicated on 4 November 1934, just pipping the Community (International) Church by a month.

From the end of the Cultural Revolution in 1976 the former church has served a variety of purposes. The auditorium on the second floor has long been used by the Shanghai Medical Association as a storage area for old medical texts. When the Project first surveyed the building in 1998, the ground floor was used as commercial space for a “Men’s Clothing World” (see main photo). The auditorium on the second floor, though full of shelves holding old medical textbooks, was much as it had been left in 1966. The walls were painted light green and covered with sayings of Jesus and Mary Baker Eddy (see photo). By 2013, the Medical Association had taken over the entire property, and built a bridge on the left side to connect it with the former Masonic Hall (with which it is now often confused.)

The organ appears to have survived, at least in part, until about 1980. The Project was told in 1998 by the former organ caretaker of SHA1934a:

“When Austin wrote back to me [in late 1980] and told me about the ‘sister organ’ [at the   Christian Science church] I thought I could salvage the pipework for an organ. I went directly over there [in early 1981], but I was just a few months too late. They told me that only a few months before they had needed the space and dismantled the pipe organ. They sold the metal pipes for scrap and used the wood for building things…If only I had known six months earlier!” 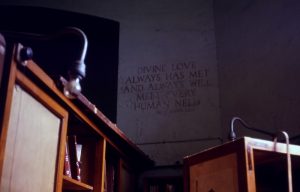 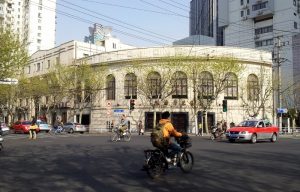 Former Christian Science Church, 2013, with the new bridge connecting it to the former Masonic Hall (on left.) 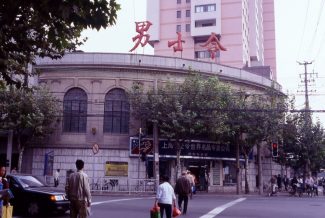