TAO2010 is a tracker action, 24-stop organ buit by Jaeger and Brommer for the former DEK Christuskirche in Qingdao.

The installation is significant in that it represents a new twist in the ‘organ race’ (see FAQs): an attempt to replicate an organ lost in the first 70 years of the 20th Century. The instrument replicates to stop list (with 4 additional stops) and the general appearance of TAO1909, destroyed in the Cultural Revolution.

The specs may be accessed at: https://www.waldkircher-orgelbau.de/orgelgalerie/qingdao-ch-kirche.html

The organ was dedicated on 23 October 2010, and recitals given by German organist Daniel Tappe and Korean organist Jeong-Hwa So. 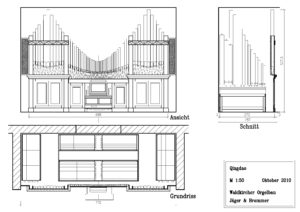 Plan and elevation of TAO2010. 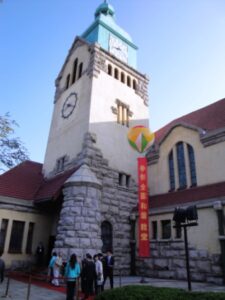 The Christuskirche, ready for the organ dedication. 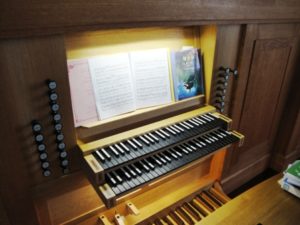 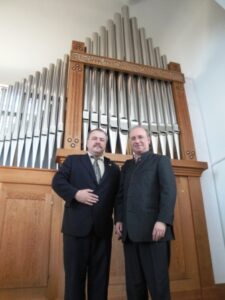 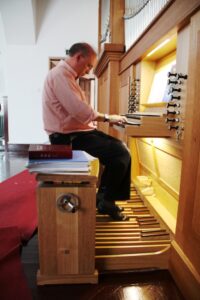 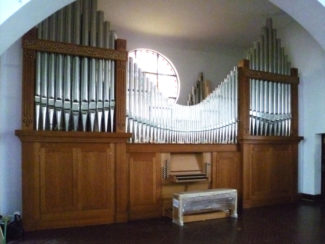