An organ reported by Tianjin-born British lawyer Brian Power in his 1984 autobiography, The Ford of Heaven:

“The organ loft at Notre Dame was a frightening place to be. It was dark and there were many dusty corners shrouded with cobwebs. An old Chinese coolie pumped the organ bellows with a heavy wooden handle. He was deaf and very vague and was often so late to pump that, when my mother began to play, the organ would run out of air and give a squeak followed by a painful wheeze. Father Molinari, looking sinister in his dark glasses, would turn round the altar and glare up at my mother in the loft. She would retaliate by playing a long-drawn-out piece by Schubert [the Ave Maria?] whom Father Molinari detested…”

The presence of the organ described by Power was confirmed by the Project in a conversation with two members of the parish in April 2009. One of them, then in his seventies, claimed to have played the organ.

Notre Dame des Victoires (or Wanghailou Church) was the church burned to the ground in the Tianjin Massacre of 1870. It was left (deliberately) in ruins and rebuilt in 1897, only to be destroyed again in the Boxer Uprising in 1900. It was rebuilt for a third time in 1904, the work directed by Jean-Marie Planchet CM (see PEK1925a). The church was then severely damaged in the Tangshan earthquake of 28 July 1976.

The Project first surveyed this church in April 1991 (main photo) and could find no trace of the organ in the gallery, but noted a 1903 Estey harmonium (Style N32) still in use. The building was closed for safety reasons in December 2006, though it has since been reopened.

In the Census (Appendix) to Keys to the Kingdom this organ is listed as TJN1904a, with a TJN1904b listed as an organ in the Wanghailou Church. They are the same church and the same organ, and this was an accidental duplication. The organ is cited correctly in the text. 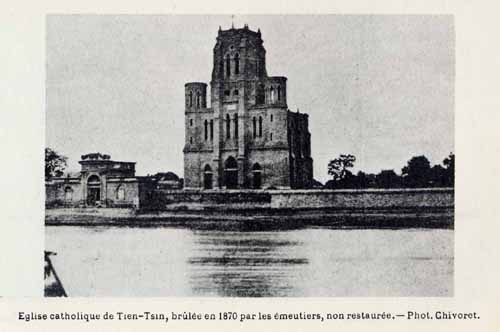 Notre Dame des Victoires, after the Tianjin Massacre of 1870.

Notre Dame des Victoires in 2009 (closed at the time). 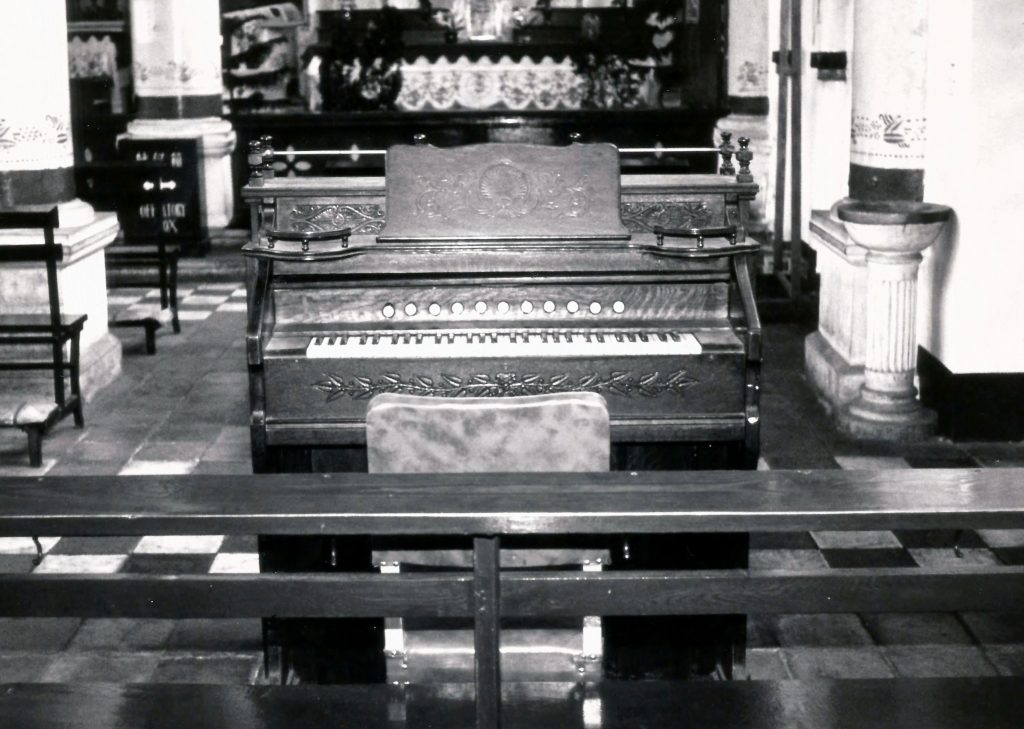 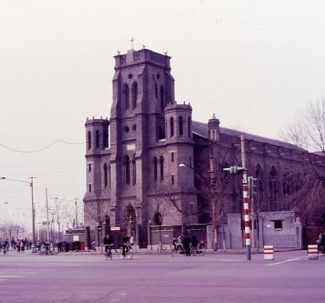