PEK1925a is the first of  four pipe organs reportedly bought by the procurator of the Vincentian Congregation of the Mission (Lazarists) in Beijing, Jean-Marie Planchet CM (1870-1948.) Planchet (see main photo, taken in 1895) was much interested in improving musical standards and in 1925 he visited Europe and apparently purchased the instruments for Vincentian churches in the north of China.

The sole reference to this is contained in an article published in the Beijing Music Weekly in 1991 by the Superior of the Beijing Diocesan Major Seminary, Father Wang Jizhi (王基志, 1908-2005). In “A Short History of Pipe Organs in Beijing” [“Beijing guanfengqin xiao shi” (北京管風琴小史), Beijing yinyue zhoubao (北京音樂周報), 2 February 1991, Part 2] he claimed that Planchet purchased this quartet of organs for the Nantang (PEK1925a), the Church of All Saints at Zhalan (PEK1925b), the Vincentian cathedral church in Xuanhua (XHA1925), and either the Church of St. Vincent or the chapel of the Jesuit-run Institut des Hautes Écoles Industriels et Commerciales (opened in 1923) in Tianjin (TJN1925).

Fr. Wang must be given considerable credibility. Born in Beijing, he studied at Vincentian-run schools from 1916, and knew Planchet personally. He entered the priesthood in 1934. From the Vincentian side, however, not a single document appears to have survived to show that these four instruments were bought, or bought by Planchet, or that they were installed where Fr. Wang indicated. Only an oblique comment suggests that Planchet’s trip might have included this intention. The Visitor for the Province, François Desrumaux, wrote to Bishop Joseph-Sylvain-Marie Fabrègues (1872-1928) in January 1925, to note that “we are now starting, according to his [Planchet’s] instructions, building projects amounting to the sum of more than 100,000 dollars [Mex], [and] I hope that the money for us will not be lacking.”

The builder of these 4 organs is unknown at present but suggestions have been made that it was perhaps Cavaillé-Coll-Mutin. There are circumstantial reasons which suggest such a move to enhance the pipe organ culture of Beijing at the time. The Nantang, for example, had been rebuilt in 1904 after being completely destroyed in the Boxer Uprising of 1900. It had been without an organ since then, and providing such an instrument was surely a priority. The Project is actively looking for more information about all four of these installations. 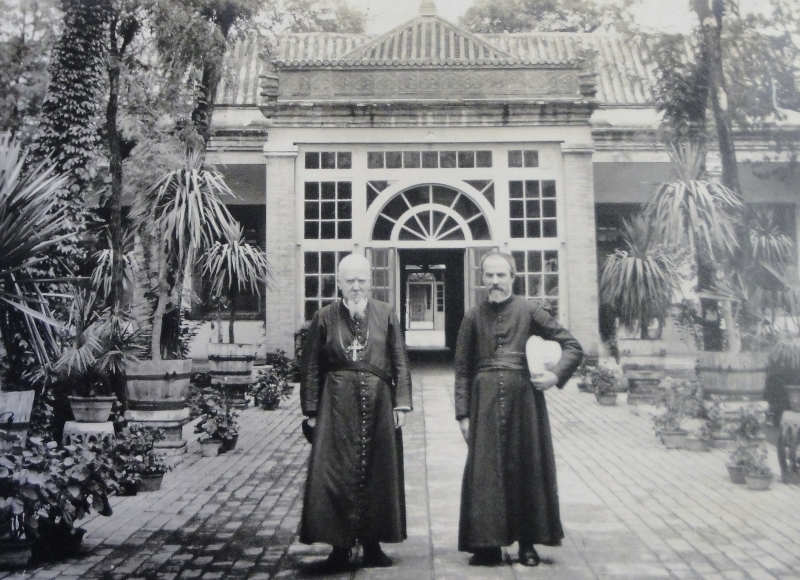 Bishop Stanislaus Jarlin (1856-1933) with Jean-Marie Planchet in the Cour Saint-Joseph of the Beitang, August 1932. 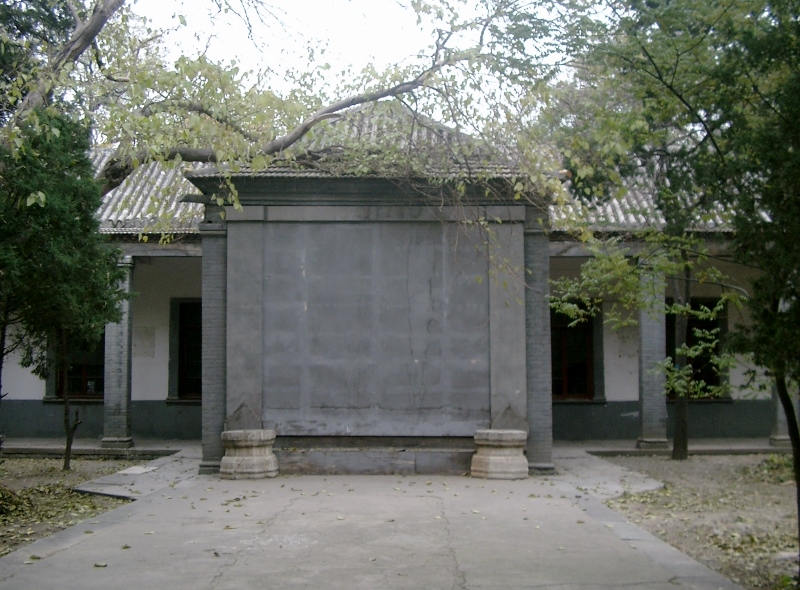 The Cour Saint-Joseph in 2005. Note the two surviving platforms for the plants. 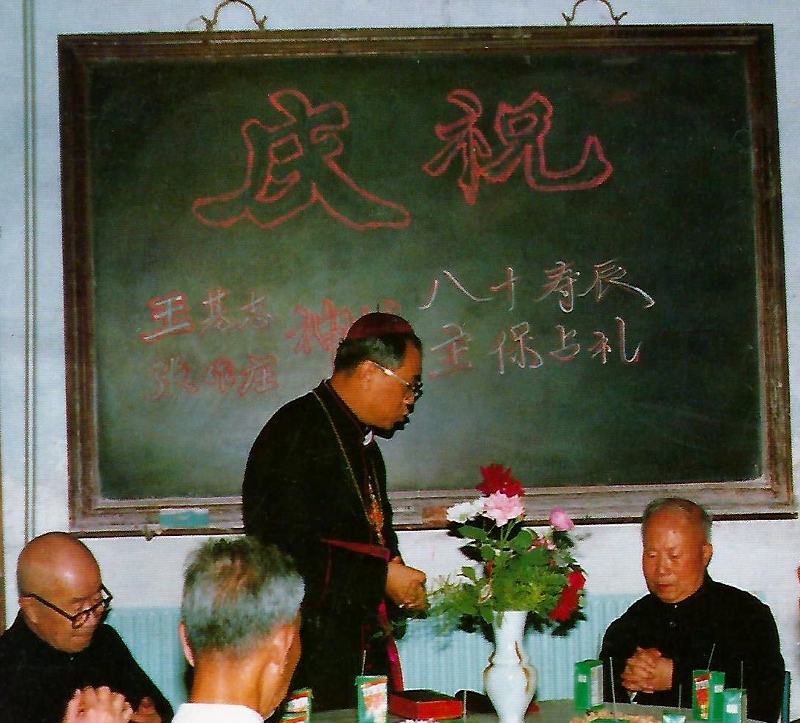 Fr. Wang Jizhi (seated, r), author of “A Short History of Pipe Organs in Beijing”, being greeted by the Bishop of Beijing, Msgr. Michael Fu Tieshan, on the occasion of his 80th birthday in 1988. 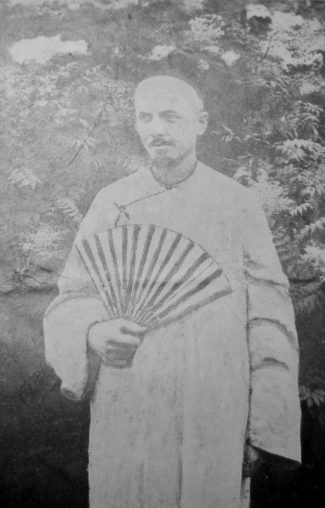