The second of the four organs reportedly bought by Jean-Marie Planchet in 1925 (see PEK1925a for details). This is the first organ reported on this site since the early days of the Roman Catholic China mission and PEK1611.

A Vincentian seminary had opened at Zhalan in 1909, and in 1920 this became a Major Seminary. In 1927, the whole complex was expanded with the construction of a parish school, a provincial house for the Marist Brothers, who had been working alongside the Vincentians managing the orphanage since 1893, and a new seminary. It makes sense logistically and financially that this would have been the point to acquire a pipe organ for the Church of All Saints, as music and liturgy were taught in the seminary to a high degree of professionalism.

Fr. Wang Jizhi maintained that the organ for Zhalan was a replacement for one which had been destroyed in a fire, but nothing more is known of this organ (perhaps a harmonium), unless he meant to refer to the sack of Zhalan by the Boxers in 1900. 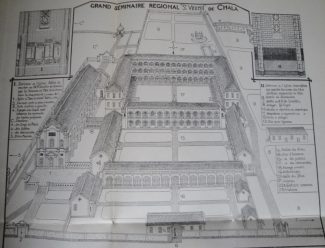