The Scheut mission architect, Alphonse de Moerloose (1858-1932) built the cathedral church at Xuanhua (Suanhwa, Suenhoa, Hsuanhua), 170 kilometers northwest of Beijing, between 1903 and 1906.  This is the site of the third of the four pipe organs purchased in 1925 by Jean-Marie Planchet, as reported by Fr. Wang Jizhi in 1991 (see PEK1925a).

Neither Planchet’s Les Lazaristes à Suanhuafou 1783-1927 (Beijing: Imprimerie des Lazaristes, 1927) nor Ildephonse Brandstetter OSB, “A Journey to Hsuan Hua Fu on occasion of the consecration of Bishop Peter Ch’eng” (Bulletin No. 5 of the Catholic University of Peking, October 1928) mention the organ. Despite the absence of hard evidence there is nonetheless a certain logic to installing an organ (XHA1925) at this date. Xuanhua became an Apostolic Vicariate in 1926, and this coincides, roughly, with the time frame for the installation of the purported organ.

During the Cultural Revolution the church was used as a factory, the south door was enlarged to allow trucks entry, the organ loft was dismantled, and the interior stripped of decorative features. When the church was restored in in the early 2000s a new choir loft was constructed, and today it is impossible to find any trace of a previous organ installation.

No one interviewed by the Project in Xuanhua remembers the pipe organ. In 2009, however, an inquiry on the Chinese social website Baidu (http://tieba.baidu.com/f?kz=650880563) resulted in a reply stating that the organ existed, and had a ‘gas-powered blower’, but that it was wrecked in the Cultural Revolution and sold for scrap. 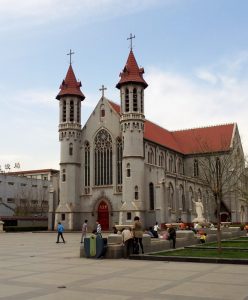 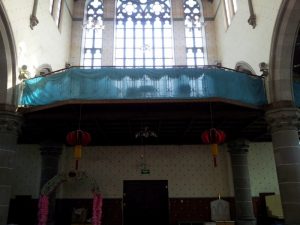 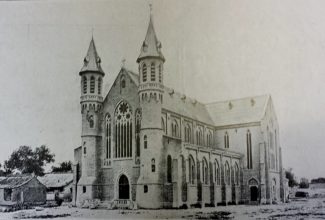