The Anglican Church of All Saints, constructed in 1903, burned down in May 1935. This 1937 electro-pneumatic instrument (II/10) was a duplicate (or near-duplicate) of the original organ, also built by R. Spurden Rutt in 1913-14.  The Secretary of the Organ Sub-committee, J.E. Woodall, wrote to Rutt in August 1936:

“The organ of All Saints’ Church, Tientsin, having been totally destroyed by fire earlier this year, we beg to solicit tenders for a complete installation…The previous organ, built by you (in 1914), gave full satisfaction, and was admired by all who played and heard it. Naturally, it is our wish to secure an equally reliable and pleasing instrument, but at the same time one that incorporates the best modern features…the local tuners [probably the Robinson Piano Co., based in Tianjin] have no complaint to make about your previous organ over a period of twenty years.”

Rutt obtained the contract and built a new organ (with apparently similar, if not identical specs to the earlier organ, TJN1913), placed in the gallery with divided chests (see main photo) in a fumed oak case, a very late installation against a backdrop of Japanese aggression. 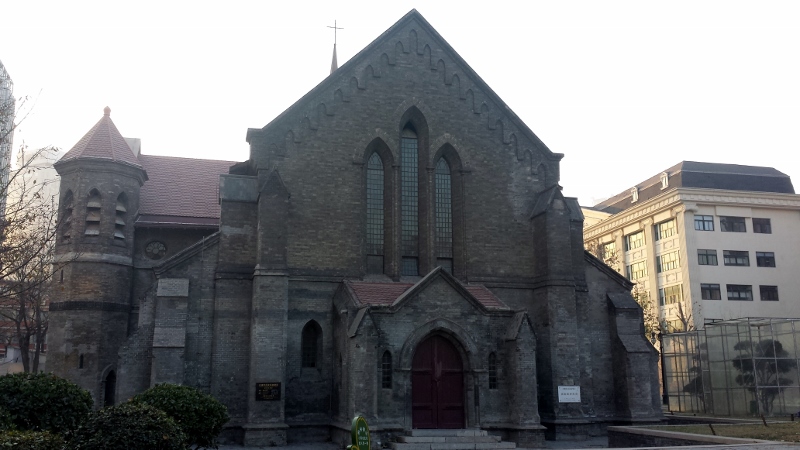 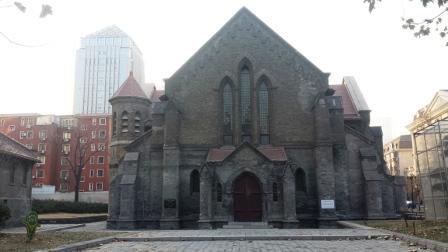 Elevation view of the front of the church. The organ gallery was behind the three lancet windows seen above the main entrance. 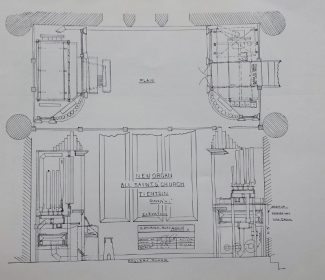