This organ is a complete mystery as the only account of it relates, posthumously, to Anton Biszkupits. After Biszkupits’ murder in Zhengding by Japanese soldiers on 9 October 1937 (see ZDG1937) the French Embassy, which handled Czechoslovak affairs in Beijing, sent a Vice-consul to his house to make an inventory of his possessions, among which was “the organ of Tsinan Cathedral.”

The Vice-consul’s procès-verbal found that the Jinan organ appeared to be Biszkupits’ most valuable possession, but one “which only a professional of a specialization rare in China would be capable, after a lot of work, of putting back into shape…it is an object at the very least difficult to get rid of in Beijing.” He doubted Biszkupits’ landlord (to whom he owed two years of back rent) could get more than 300 or 400 dollars Mex for it, along with Biszkupits’ furniture, but he admitted that it “was difficult to contest” the landlord’s claim on the property. He was further told that Biszkupits had bought the organ from the Franciscans in Jinan, and was repairing it at his own cost in the hope of selling it back to them, but this sounds barely credible.

What happened to the organ is not known, and it was probably sold as scrap. 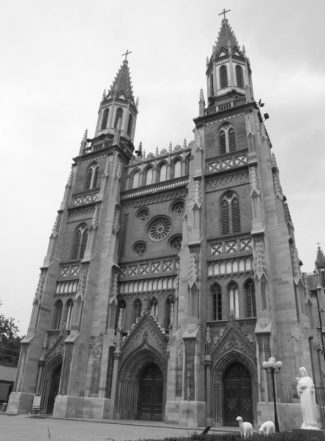