An organ built 1845-46 by the Franciscan father, Giovanni Battista Torre da Omegna (1808-48), for the church at Tianmen, near Hankou (part of today’s Wuhan (WHN), at the time in Huguang Province) and mentioned in letters of 23 May 1845, and  4 May 1846 written by Fr. Giuseppe Novella da Carpasio to Fr. Lodovico d’Apricale. The letters appeared in Annali della Propagazione della Fede, in issues of  1846 and 1847, published in Naples.

The most interesting thing is that this organ had bamboo pipes, 11 years before the Zikawei bamboo organ workshop in Shanghai opened under the directorship of Fr. François Ravary (see SHA1857). This pushes back the date of first bamboo organ in nineteenth-century China by a decade. This is also a late installation of a locally-made instrument. The two letters read, in part:

1845: “This church [at Tianmen], which anywhere in Italy would move [one] to compassion, is nonetheless the biggest and most beautiful, or at least the least miserable and the least dirty of the whole Vicariate; and from this, you can get an idea of all the other inconveniences. It is enough to tell you that it has no windows, and that it would not receive any light, were it not for a big hole in the middle of the roof, from where, when it rains, water pours down as in the streets. One of our priests, Father Giovanni Battista Torre da Omegna, has made a beautiful organ, taken here for a miracle of European intelligence, with [pipes of] bamboo [canne cinesi], which are not unlike the ones in India. As a matter of fact, it is so sweet and so harmonious, and it was built with such mastery, that not even an Italian church would dislike it. People came from different places to see it…”

1846: “The organ that was built last year, and completed this year by Fr. Torre da Omegna, our parish priest, even attracted at this time a large number of Christian converts who walked two or three days here from different places [to see it], and it continues to amaze them, as well as many who have not yet converted.”

The Project is grateful to our colleague, Prof. Francesco Maglioccola, for providing this information, and he has subsequently told us that he believes the actual church was located at Qiwutai (七屋抬, The Terrace of Seven Courtyard Homes) near Tianmen, and that a much-rebuilt church still exists there today. This organ was noted too late to appear in the Census in Keys to the Kingdom. Further information about Fr. Giovanni may be found in several updates on the What’s New page. 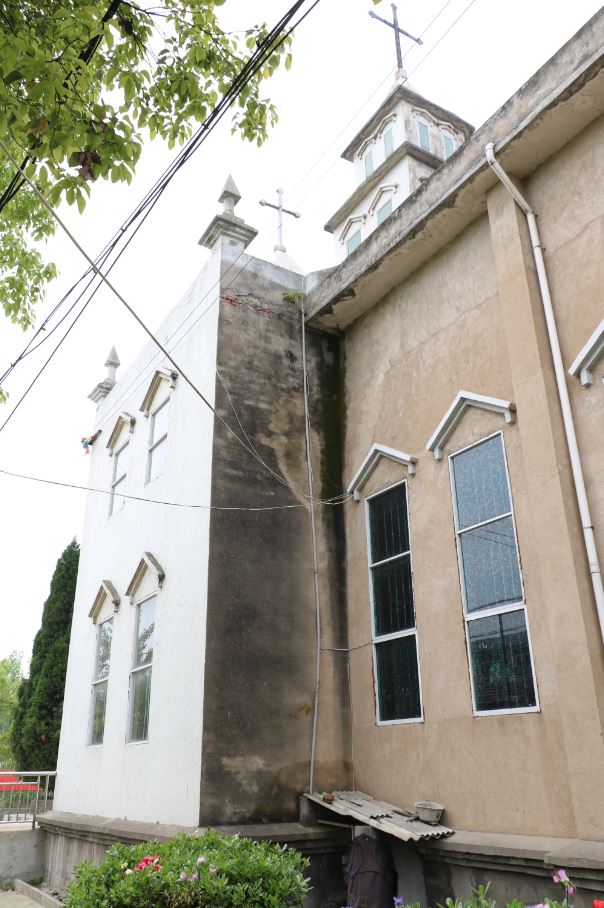 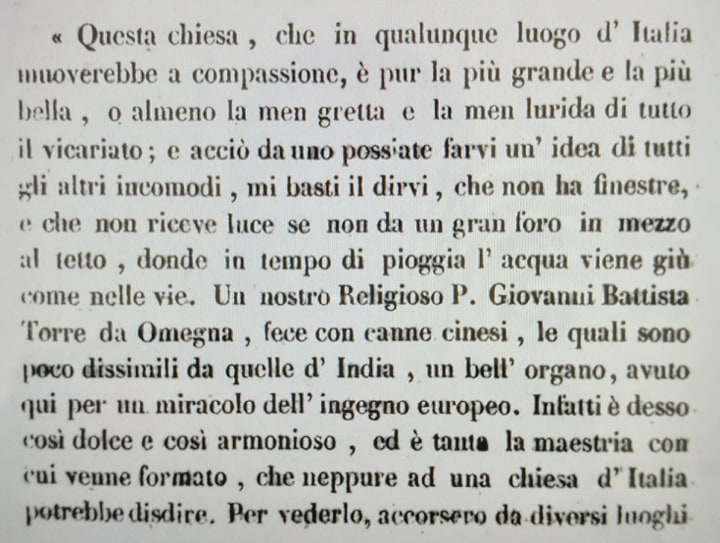 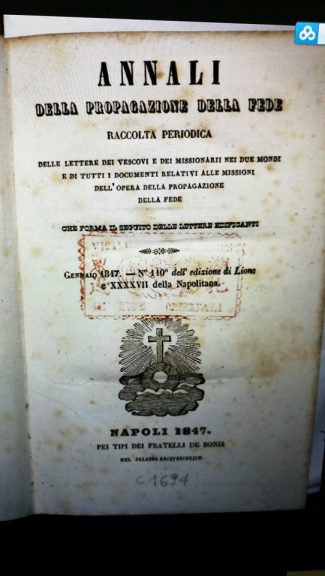