A large three-manual Klais organ installed in the Cathedral at Yanzhou (Yenchow, Jendschofu) in 1937 through the probable influence of Ferdinand Dransmann and Theodor Rühl SVD (see ICF1936). According to the few documents that survice, the design and erection of the instrument was in the hands of Dransmann’s Beijing-based colleague, Rühl.

The Klais factory was bombed in the Second World War, with the loss of most of its archive. The Klais archives do however possess a series of photographs of the organ in the erecting room at Bonn, but nothing, unfortunately, to show the stoplist. All that can be said is that Klais Op. 864, had 42 stops (including three transmitted stops), cone chests, and a detached electric-action console. From the main photo, it would seem that Manual II was a Rückpositiv division, something rare on China organs.

The Cathedral of the Holy Spirit (one of the ‘atonement churches’ (Busskirchen) built in the aftermath of the ‘Juye Incident’ of 1897 in which two SVD priests were murdered) was destroyed by a mob in 1966 at the start of the Cultural Revolution, taking the Klais organ with it. The Project reported this to the Klais firm in 2009. When Prof. Urrows subsequently brought the matter up in a discussion in Bonn in 2014, he was told to the contrary that “the organ was removed from the church by the organist, sent to a different places, but eventually ‘lost’.” The Project believes that this is just another iteration of the ‘organ-in-storage’ trope (see FAQs.) A further communication from Klais in 2019 concurred nevertheless with our view that the organ was lost in 1966.

Through a production error, this organ was inadvertently omitted from the Census (Appendix) of Keys to the Kingdom, although it is mentioned in the text (on p. 232).

Theodor Rühl’s method book (in Chinese) for accompanying the liturgy on the organ, published by St. Paul’s Press, Catholic Mission, Yanzhou, in 1939. From the 1940 Catalogus Librorum, printed after Rühl had left China in June 1939. 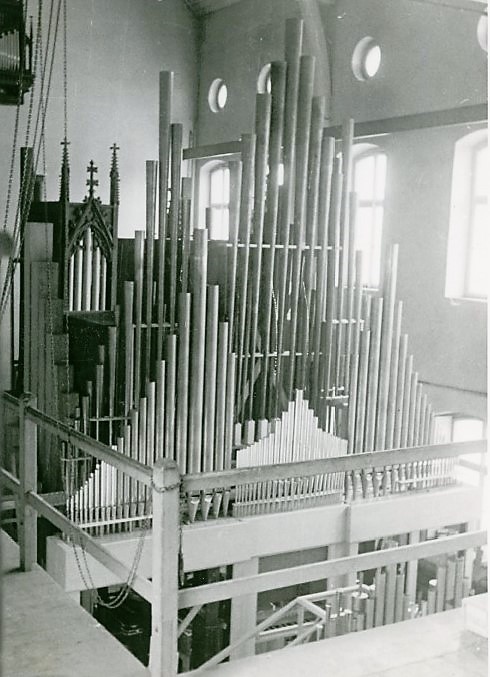 A view of YCF1937 from above showing some of the (exposed?) Manual I pipes 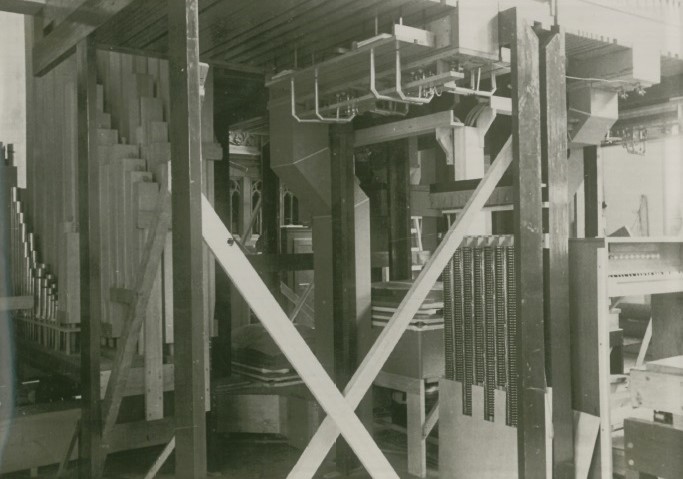 Bellows and action, and some Pedal division pipes, YCF1937, The small keyboard on the extreme right of the photo was probably a tuning keyboard. 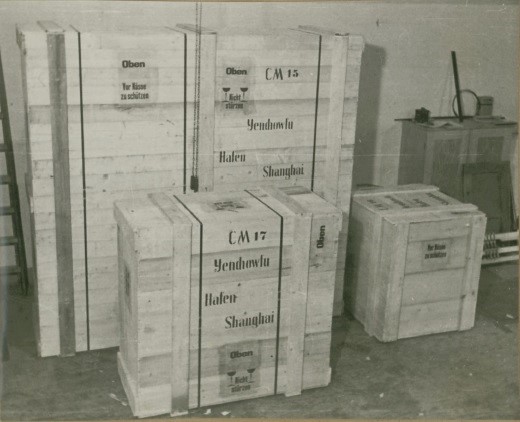 Part of YCF1937 ready for shipping, via Shanghai. We thank the archives at Klais Orgelbau for sending up these important images.