‘In the name of common sense’: Shanghai and the Anglican Cathedral of the Holy Trinity.

Having written two posts for this blog on the humorous harmonium (which is somehow easier to poke fun at than the pipe organ) I came across something from research done 30 years ago, that I have always hoped to pass on for its unintentional funniness. This doesn’t exactly have to do with the pipe organ, but is related to one of the churches in China that played a big role in that history: Holy Trinity Cathedral in Shanghai. 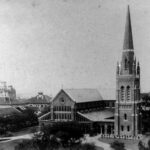 The present building (still standing) was constructed between 1866 and 1869, replacing an earlier structure that had fallen into disrepair. The organ for the earlier Holy Trinity Church was the two-manual and pedal Gray and Davison organ (SHA1856).  This instrument was moved into the new Cathedral church upon its dedication in 1869, before being replaced by a three-manual Walker in 1883 (SHA1883a).

Shortly before the new church was opened, an irate member of the English community in Shanghai, using the pseudonym ‘Nemo’ (nobody), inveighed in the local newspaper against the new building and its furnishings (specifically the pews) in a letter to the Editor that is worth remembering. Much of this probably had to do with the general dislike of the Sir George Gilbert Scott’s design, modified in Shanghai by a local architect named William Kidner. These sorts of Gothic Revival buildings executed largely in brick, were not too different from the great railway stations of the Victorian era (or vice versa). This can be seen at St. Pancras Station in London, also designed by Scott.

The letter, dated 9 April, appeared in the North-China Daily News on 13 April 1869, under the headline, “The New Church.”  The Editor added at the end, that “The bilious climax which our correspondent reaches, in his last sentence, is simply sublime.”

To the Editor of the North-China Daily News.

Dear Sir, — What is going to be done about those church seats? Although removed from the magnificent structure destined at some period to be the new Church, (but which internally is excessively like the Strand Music Hall[1], with a slight dash of Barclay and Perkins’ Brewery[2] about it,) to the more humble shed adjacent, yet from their presence in the compound at all, there seems no doubt of their being misapplied to the purpose to which they were intended.

In the name of common sense I protest against such uncomfortable benches being accepted; surely they cannot have been made from any design! If they were, I suggest that they be presented, accompanied with an address and a leather medal, to the able individual who conceived such perfection in the way of ugliness and discomfort.

We have all subscribed liberally to the Church, but rather than it should be disfigured with seats like those made for it, let us subscribe again, to have proper, partitioned, comfortable benches, instead of these abortions between a school form and a garden seat.

When in the Church two days ago, I studied the architecture and formation of the choir seats. Foolishly I sat in one, and being rather broad and square shouldered, I regret to say, I was caught by two projecting arms at the height of the shoulders, so that I could with difficulty get out again. These choir seats really are very chaste; but after the first Sunday or two, I fear the fair creatures who so kindly and so beautifully do sing, will be found wanting – unless they retain agreeable reminiscences of the school “back-board”, which these choir seats have been made most perfectly to imitate.

I have seen many churches in England and elsewhere, but I never yet came across one with “bottle green” glass windows. There were, doubtless, intended to add to the harmony of colours so beautifully displayed in the new church. These, for those who have not seen them, it may be well to mention. They are Red, Black, White, Brown, Blue, Stone colour, and Bottle green. The “tout ensemble” may be imagined. In addition to the Music Hall and Brewery style, which have been so ably combined, the Bottle green windows give it another peculiarity, making it strongly to resemble the Greenwich Baths and Wash-houses[3], with a touch of a Corn market.

On Sunday next, I would suggest to church-goers that additional zest will be given to their appetites, and a fruitful subject furnished them for discussion, if, after church, they will visit the structure which will have cost more money than, and exceed in ugliness, any building of the like kind put up anywhere on this earth. 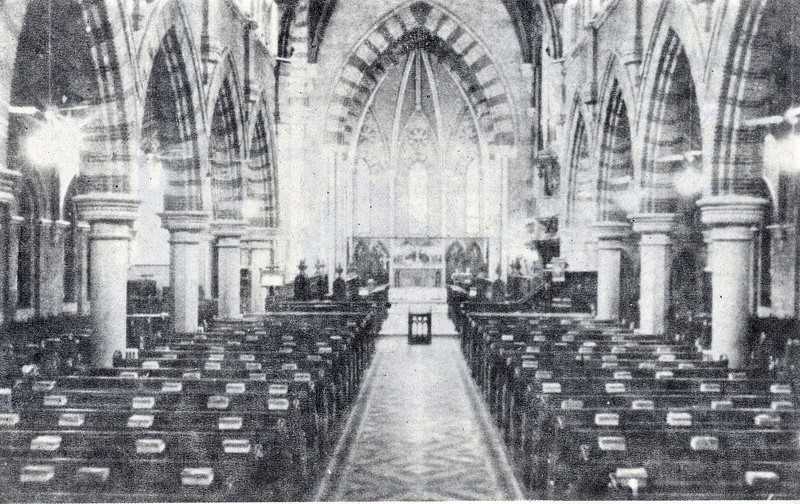 The interior of Holy Trinity Cathedral, Shanghai, about 1890. It seems the uncomfortable seats had been replaced by normal pews. 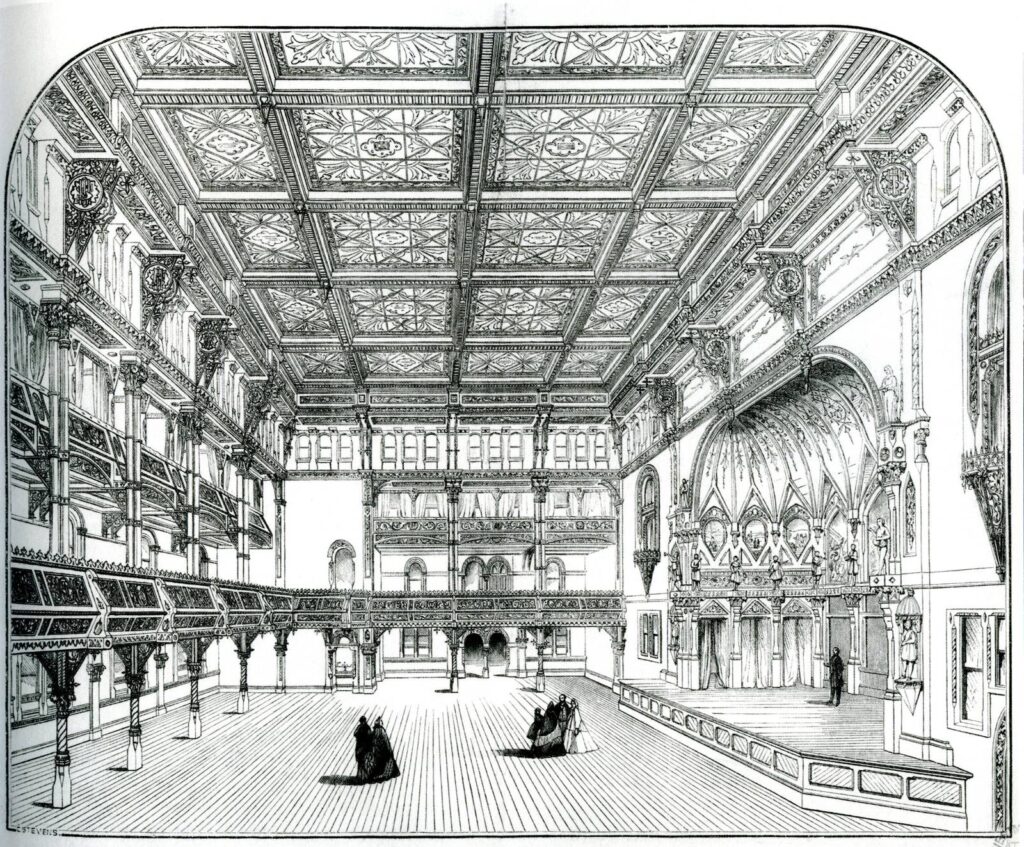 The Strand Musick Hall around 1854: Temple of Culture?

Barclay and Perkins Brewing Co, Park St., Southwark, in the 19th C. Note the tall windows on the right hand side.

The Greenwich Baths and Laundries, Trafalgar Road, around 1851: Temple of Hygiene?